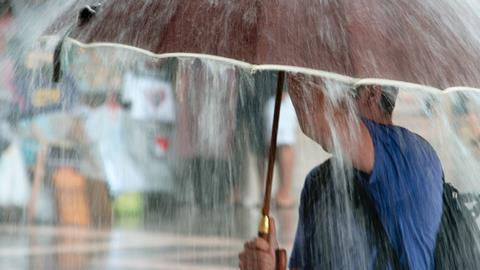 Solid state synthesis not so solid after all

Weather and climate influence solid state reactions in previously unrealised ways. So say scientists who have found a mysterious liquid phase at the interface between solids when investigating mechanochemical synthesis. 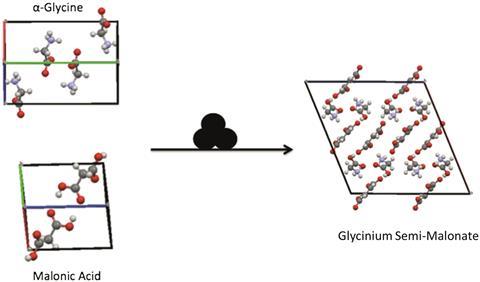 Mechanochemical reactions are performed by grinding two solid reactants together without a solvent. They are often touted as a green alternative to traditional synthesis, and occur via complex pathways quite different to reactions in solution. Humans have used mechanochemistry since time immemorial: to create fire from the friction between two pieces of wood, in the process of ball milling since the industrial revolution, and to prepare powders for pharmaceuticals and rocket propellants.

To study the phase changes involved in these processes, Adam Michalchuk from the University of Edinburgh, UK, and colleagues at Novosibirsk State University and the Institute of Solid State Chemistry and Mechanochemistry, Russia, used the co-grinding of α-glycine and β-malonic acid as a model reaction. They were surprised to find that the reaction product, glycinium semi-malonate (GSM), was slightly wet – even though they didn’t add any liquid, and neither of the reactants were solvates or hydrates.

The group investigated this phenomenon by adding a hygroscopic polymer to remove moisture from the mixture. They found that no GSM formed at all. Cryo-grinding at 77K also drastically reduced the yield, as all the liquid water had frozen. Water tends to cause caking, impeding solid state reactions, but the reaction failing to work in its absence confirms that water simultaneously promotes and hinders the reaction.

Water was present in the mixture because malonic acid is hygroscopic and absorbs moisture from the air. GSM has a lower affinity for water and expels it upon formation. Michalchuk suggests that the water helps the reaction take place by mixing the components together on the molecular level.

‘These are the sorts of phenomena that lead to what appears to be irreproducibility in science,’ Michalchuk says. The findings suggest that different levels of atmospheric humidity could have large effects on the rate and yield of solid state reactions, particularly when one or more of the reagents is hygroscopic. ‘You could conduct these experiments in a humid climate and get different results than if you do the exact same process in a drier country,’ Michalchuk continues. ‘I suspect this is very, very widespread in organic systems.’

Dritan Hasa, a green chemist at De Montfort University in the UK, believes this study will have a wide-reaching impact on mechanochemistry, once considered to be a ‘limitless’ green technique. ‘It’s time to leave behind the common opinion that a few water molecules dispersed in the air cannot affect the outcome of mechanosynthesis,’ he says.