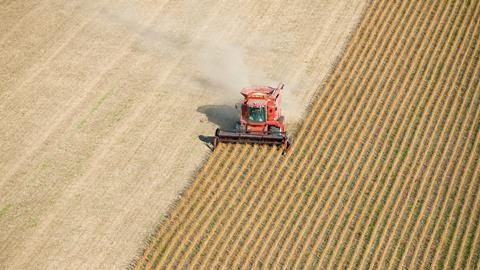 The EU’s regulations on genome-edited crops are ‘not fit for purpose’, according to a new report from the European Federation of Academies of Sciences and Humanities (Allea). The report says that current legislation will prevent innovation in crop science, and hinder efforts to make agriculture more sustainable.

In July 2018, the European Court of Justice (ECJ) ruled that all genome-edited plants should be treated legally as genetically-modified organisms (GMOs), using definitions dating from 2001. The decision prompted dismay from many in the research community, who argue that it failed to fully take on board the scientific evidence.

With modern gene-editing methods, researchers can make targeted mutations to plants’ genomes that are indistinguishable from the changes brought about through traditional breeding programmes. By introducing these mutations with techniques like Crispr, which won this year’s chemistry Nobel prize, crop scientists can accelerate the selection of plants with desirable traits such as disease-resistance or tolerance to drought.

Allea argues that the ECJ was wrong to categorise crops edited in this way alongside transgenic organisms whose genomes have had DNA introduced from other species. ‘The scientific community has voiced concerns that substantially restricting the possibility of utilising genome editing by applying the GMO legislation will have considerable negative consequences for agriculture, society and economy,’ said one of the report’s lead authors, Oana Dima in an interview published on Allea’s website. ‘More specifically, the development of beneficial crop varieties in a faster and much more directed way thanks to genome editing is halted in Europe, while the rest of the world embraces the technology.’

Dima points out that the European commission’s recently published ‘Green Deal’ stresses the need to reduce dependency on pesticides and fertilisers, while also providing sustainable and affordable food. ‘Setting the targets is not enough, we also need tools to help achieve these targets. All possible approaches, including innovative plant breeding technologies, are required to address these challenges,’ she said.

Allea warns that subjecting all gene-edited plants to the strict regulatory framework governing transgenic organisms prevents smaller European companies from benefitting from the latest biotechnology and instead favours larger multinational corporations. The biotechnology industry body EuropaBio estimates that gaining approval to import a GMO crop into the EU takes more than six years on average, with costs ranging from €7–€15 million (£6.3–£13.6 million) per crop due the number of studies required to support applications. Getting approval to grow genetically modified plants is even harder, with only one GMO crop currently approved for cultivation in the EU.

According to Allea’s report, New Zealand is the only country to adopt a ‘comparable approach’ to the EU. In contrast, most countries do make the distinction between gene-edited crops and genetically modified organisms. In Canada, regulation is ‘purely product based’ regardless of the breeding method used, while the US does not regulate plants that have been subject to gene deletions, single base pair substitutions, or insertions of nucleic acid sequences from compatible plant relatives. The US biotech firm Calyxt commercialised the country’s first gene-edited food product last year, and a host of other gene-edited products are approaching market-readiness.

This situation, Allea notes, means that ‘most of the innovation in the area of genome editing takes place outside of Europe, and the current legal uncertainty disincentivises investment into genome-editing research’.

‘The [ECJ] ruling was contentious because it made no scientific sense, had negative implications for research, crop breeding and agricultural sustainability in Europe, and set up an impractical regulatory environment for gene-edited products produced in, and entering into, Europe,’ University of Helsinki plant scientist Alan Schulman tells Chemistry World.

Schulman, who serves as the president of the European Plant Science Organisation, agrees that the current laws on gene-edited plants have had a ‘chilling effect’ on crop science in Europe. ‘[Gene-editing tools] were out of reach in Europe to all but the biggest breeding companies with the deepest pockets,’ he says. ‘Even these have been moving their gene-editing R&D out of Europe.’

Schulman also notes that the ECJ’s ruling set EU member states ‘an impossible traceability task’. ‘A single-nucleotide change in the DNA made by gene editing and the same made by spontaneous or induced mutagenesis are chemically and physically identical. Therefore, no detection method specific to a gene-edited alteration can be developed,’ he explains. He also points out that any attempt to block a gene-edited import that is identical to a product produced by traditional means domestically would violate World Trade Organization rules.

Allea’s report puts forward a number of options for European policymakers to address the situation, but stresses that doing nothing is ‘not an option’. Schulman agrees that changes are needed urgently, describing the current situation as ‘scientifically indefensible’. ‘GMO legislation, dating from 2001 and based on the level of understanding decades ago, does not reflect our current state of knowledge of genetics,’ says Schulman.

‘Overall, there needs to be a move away from regulating the technique by which a particular crop variety or food is made, to regulating the properties of that plant or food,’ he adds.