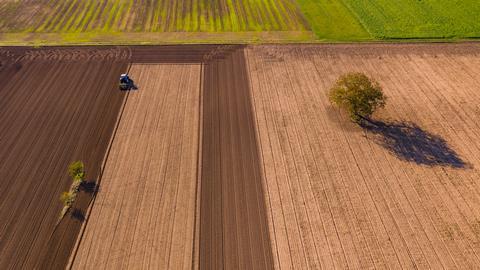 The UK government may opt to relax regulations on gene-edited organisms following the country’s exit from the EU. A newly launched consultation is seeking evidence from stakeholders as the government weighs up whether to make it easier to create gene-edited products in England.

Current gene-editing policies derive from EU legislation that was retained in the UK following its split from the bloc. In 2018, the European Court of Justice controversially ruled that all genome-edited plants and livestock should be treated as genetically-modified organisms. However, many in the scientific community have criticised this decision, saying that it fails to distinguish between techniques that introduce small genetic changes akin to those produced by traditional breeding programmes, and the creation of transgenic organisms whose genomes contain DNA introduced from other species.

This has led to a situation where using tools such as Crispr to engineer crops with desirable traits like disease resistance is almost impossible in EU countries, with major biotech companies shifting their research away from the continent. Many plant scientists argue that this is hampering efforts to improve sustainability in the agricultural sector. The European commission is currently reviewing the EU’s regulatory framework for genome-editing techniques and is expected to report its findings by April this year.

However, the Department for Environment, Food and Rural Affairs (Defra) has now launched a public consultation with a view to making it easier to grow and trade gene-edited products in England. The consultation will run until 17 March.

‘[Gene editing’s] potential was blocked by a European Court of Justice ruling in 2018, which is flawed and stifling to scientific progress,’ environment secretary George Eustice told the Oxford Farming Conference. ‘Now that we have left the EU, we are free to make coherent policy decisions based on science and evidence. That begins with this consultation.’

‘The overwhelming view in public sector scientists is that the Nobel-prize winning methods for gene editing can accelerate the availability of crops and livestock for sustainable, productive and profitable agriculture. I welcome the Defra consultation that will help with a broader assessment of gene editing as an appropriate technology in agriculture,’ added University of Cambridge botanist David Baulcombe.

Due to the recently passed Internal Market Act, any decision to allow the sale of gene-edited products in England would mean that they could be traded across the whole of the UK.