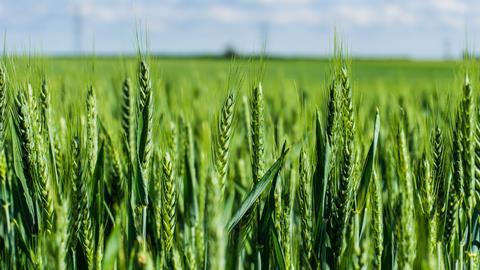 The UK government has approved Europe’s first field trials of Crispr-edited wheat. The experiments will be conducted in Hertfordshire by the agricultural science institute Rothamsted Research.

The Rothamsted project is aiming to produce wheat with lower levels of the amino acid asparagine. When bread is baked or toasted, asparagine is converted into acrylamide – a carcinogenic contaminant that requires close monitoring under EU law.

Laboratory and greenhouse studies have already shown Crispr can be used to create wheat plants that produce much lower levels of asparagine. Rothamsted Research says that the new five-year project will examine ‘how the plants fare in the field and whether asparagine concentrations continue to be low in grain produced under field conditions’.

The edited plants will be grown alongside wheat in which asparagine synthesis has been altered using older chemical-induced mutation methods to allow for direct comparison.

Rothamsted states that cross-pollination with local wild plants or crops is ‘extremely unlikely to occur’ and that ‘the trial site will be surrounded by a 3 metre-wide wheat pollen barrier and no cereals or grasses will be allowed to grow within 20 metres of the trial’. The total area for the trial and pollen barrier will be around 1500m2.

In the UK, gene-edited crops in which minor alterations are made using precise techniques like Crispr are treated the same way under law as transgenic organisms whose genomes include DNA introduced from other species. The current regulations essentially ban bringing any of these products to market. However, the government is currently carrying out a consultation on the issue that may lead to new legislation allowing farmers to plant gene-edited crops.

‘It is essential that we test the wheat in field trials to see how it performs, not only in terms of asparagine concentration but also yield, protein content and other quality and agronomic traits,’ said project leader Nigel Halford in comments published on Rothamsted’s website. ‘If it comes through the field trial well it could be made available to wheat breeders. Even so, it would be another five to 10 years before very low asparagine wheat could appear on the market, and that would only be if the regulatory framework were conducive.’