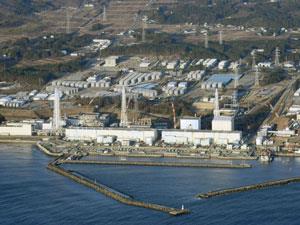 UN scientists have concluded that the Fukushima-Daiichi nuclear disaster is unlikely to push up cancer rates in Japan. Some scientists remain sceptical of this claim, as the findings of the UN’s Scientific Committee on the Effect of Atomic Radiation (UNSCEAR) differ from those of several other studies, including a recent World Health Organization (WHO) report that predicted increased cancer risks among people living in areas with the highest radiation levels.

International efforts to monitor radiation exposure among the Japanese population have been ongoing since the Fukushima-Daiichi nuclear power plant disaster in 2011. Some studies have predicted widespread health impacts, similar to the post-Chernobyl rise in thyroid cancer.

But the results of an analysis carried out by UNSCEAR suggest otherwise. Over 80 scientists from 18 countries used observed levels of radiation to estimate people’s exposure over time. After discussing the results at their annual meeting, the committee has concluded that it is unlikely that there will be any detectable health consequences of the accident, as the overall exposure of the Japanese population was low, or very low. It noted that even among highly exposed workers, there have been no radiation-related deaths or acute illnesses.

UNSCEAR estimates that in Fukushima prefecture, people living in districts overlapping the 20km evacuation zone received average radiation doses of 3.1 to 4.2mSv in the year following the accident. For six neighbouring prefectures doses were lower at 0.2 to 1.5mSv, and for the rest of Japan the average dose ranged from 0.1 to 0.3mSv – around a tenth of the annual exposure from natural background radiation, which is about 2.1mSv. By contrast, WHO estimated exposures of up to 23mSv over the same length of time for the worst affected towns in Fukushima, and 1mSv for the Japanese population outside the six prefectures closest to the disaster zone.

In a statement, senior UNSCEAR member Wolfgang Weiss said the actions taken to protect the public, including swift evacuation of the area, had minimised radiation exposure. ‘These measures reduced the potential exposure by up to a factor of 10,’ he said. ‘If that had not been the case, we might have seen the cancer rates rising and other health problems emerging over the next several decades.’

But Edwin Lyman, a nuclear physicist from the Union of Concerned Scientists, a US-based science advocacy group, says UNSCEAR have put a ‘misleading spin’ on their findings. ‘As a result of the accident, people were exposed to – and are continuing to be exposed to – ionising radiation,’ he explains. ‘That exposure will lead to cancer. This may not be detectable – but that is a statement about the power of epidemiological studies, not about the consequences of radiation exposure.  UNSCEAR seems to confuse the two.’ Lyman was previously involved in a study assessing the long term impacts of the Fukushima-Daiichi disaster, which forecast higher cancer mortalities than earlier estimates.

Back in February, a report by WHO suggested that the disaster had resulted in an increased risk of certain cancers for those living near the power plant. UNSCEAR reached a different conclusion because they analysed a larger pool of data, says UNSCEAR’s Jaya Mohan, who wasn’t involved in the latest study.

‘WHO adopted cautious assumptions and based its preliminary dose estimation on data available up to September 2011, while UNSCEAR collected data up to October 2012,’ she says. ‘This resulted in a slightly lower range of doses and therefore related risks.’ But she also says the overall conclusions of both reports are consistent, and that as more information becomes available, the analyses will become more refined.

A spokesperson from WHO tells Chemistry World there are ‘no differences or contradictions’ in the WHO and UNSCEAR reports, and pointed out several similarities, including recommendations for continued monitoring.

Lyman agrees that further study is needed to establish long term predictions. ‘Much of the radiation exposure from the accident has yet to occur,’ he says. ‘It is premature to conclude yet what the total health effects from Fukushima will be.’