Fungi eat up old batteries and spit out metals 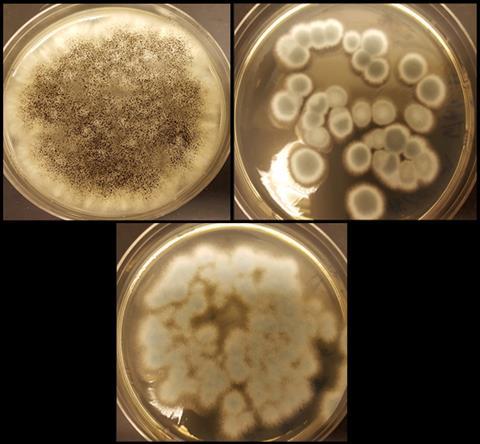 Acids produced by fungi can extract lithium and cobalt from old lithium-ion batteries, researchers from the University of South Florida have discovered. This new way to recycle batteries represents a safer and environmentally friendlier way to extract these metals, as current techniques typically require harsh chemicals and high temperatures.

Defunct lithium-ion batteries from mobile devices often end up in landfills or incinerators. Not only can this lead to the emission of toxic chemicals and pollution of waterways, but it also means valuable metals are lost to industry.

Cunningham’s team assessed the potential of three species of fungi – Aspergillus niger, Penicillium chrysogenum and Penicillium simplicissimum – to leach lithium and cobalt from the cathodes of spent batteries. They picked these fungi as they have previously been found to be able to collect other valuable metals from waste streams such as spent refinery catalysts, ply ash and other electronic scrap.

‘We thought, if it works in those applications, it probably ought to work here,’ Cunningham tells Chemistry World. His team has been able to extract about 40% of the cobalt and about 80% of the lithium, using the acids that are produced by the fungi. By comparison, Cunningham says his team was able to extract upward of 90% of both lithium and cobalt in the lab using conventional means – hydrochloric acid.

‘We are trying to avoid heating the solution, we would like to do this under room temperature conditions since it is supposed to be inexpensive and environmentally-friendly,’ Cunningham explains.

The fungi Cunningham and his colleagues studied were able to produce a solution containing about 10 to 100 millimolar concentrations of five organic acids, including gluconic acid, oxalic acid and citric acid. They still need a way to retrieve the lithium and cobalt from solution and convert it into a usable form. There are a lot of candidate technologies that can achieve that goal, but the University of South Florida researchers have yet to settle on the best method.

Although things look good from a scientific standpoint, Cunningham notes that the economics could be trickier. It remains unclear what type of reactor will be needed to grow the fungi or perform the extraction. ‘If it takes weeks of contact time, then you would need to have a giant reactor in order to get out useful amounts of lithium and cobalt,’ he explains. ‘A lot of engineering will need to go into this.’