Future of GM in Germany hangs in the balance 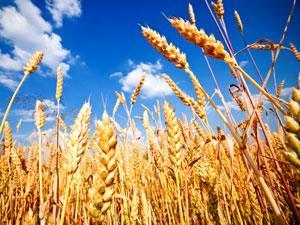 Germany’s national academy of sciences has strongly endorsed genetically modified (GM) crops as the Bundestag – Germany’s lower house of parliament – begins what will likely be months of debate on whether or not to enact a new law that would ban the cultivation of GM crops in Germany.

The German government is considering a new law to ban genetic modified organism (GMO) after the European parliament passed a law allowing EU states to restrict or ban the cultivation of EU-approved GM crops. Other EU nations are also expected in coming months to consider new laws banning GM crops within their borders.

The endorsement of GM crops by Germany’s national academy of sciences, Leopoldina, was triggered by ‘the looming decision’ by the German government to ban GM crops, says Matin Qaim, a member of Lepoldina’s GMO working group and a professor of agricultural economics and rural development at the University of Göttingen. ‘As scientists we are not in the business of negotiating politics,’ he says. But he indicates that the potential risk to science of remaining silent is too great. ‘A permanent ban on GMO cultivation in Germany would be a death sentence for plant biotech research in Germany.’

Richard Breum, spokesman for Germany’s Bayer CropScience, praised the statement saying that ‘every voice of reason will have a certain impact in the current debate, especially an influential voice such as Leopoldina’s’. Breum says that although Bayer CropScience stopped conducting GM field trials in Germany in 2004, the company believes that scientific arguments will eventually succeed and open the door for GM crop cultivation across Europe. Another German firm, BASF, moved all of its transgenic plant operations to the US in 2012, blaming hostility to GM crops.

Initial debate on the issue has started in the Bundestag with a goal of drafting a new law by the end of the year. While various polls have indicated that a majority of Germany are opposed to cultivation of GM crops, Chancellor Angela Merkel’s grand coalition government is divided on the issue.

The environment minister Barbara Hendricks, a member of the centre-left Social Democrats, is backing efforts to ban cultivation of GM crops in Germany. But the agriculture minister Christian Schmidt, a member of Bavaria’s conservative Christian Social Union party, has drafted a bill that would allow German states to decide whether or not to ban GM crops.

Qaim emphasises that a key aspect of the Leopoldina statement is the assertion that the effects of new crop varieties are related to their product characteristics, not to the process used for their development. Therefore, Qaim says, decisions for or against the use of crop varieties should be made on a case-by-case basis, not by a complete ban on GMOs. A similar argument has recently been made in the UK.

Qaim says that while Germany’s policymakers are the primary targets of the GMO statement, Leopoldina also is hoping the general public will take note. ‘It is argued that the majority of German citizens reject GMOs, so that a permanent ban would be appropriate,’ he says. ‘However, public reservations are based on the assumption that GMOs are inherently risky, and this assumption is wrong. Thirty years of risk research have shown that GM crops are not per se more risky than their conventionally bred counterparts.’