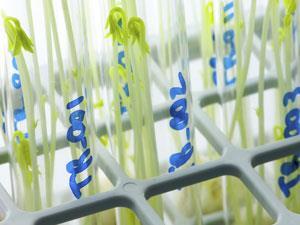 UK MPs are calling for a shake-up of EU rules governing genetically modified crops. The regulatory process, which is fundamentally flawed and not fit for purpose, has driven research out of the EU and put the UK’s agricultural future at risk, they claim.

‘Unfortunately, the way the EU’s regulatory system works means that countries opposed to genetically modified crops can block their growth in other countries,’ says Andrew Miller MP, chair of the House of Commons science and technology committee. ‘This has put at risk the UK’s ability to be a global player in advancing agricultural technology.’

The report identifies three major flaws in the EU regulatory regime. Firstly, the system assumes that GM crops inherently pose a greater risk than crops produced using other techniques. Risk is mostly associated with the characteristics a crop displays and how it is used in the field, not how it is made. The committee would like a system based on assessing plant traits, regardless of production.

Another criticism is that the EU decision-making system considers risks but not potential benefits, which has sent misleading messages to the public about the potential value of these products. Finally, the law has prevented member states from individually adopting GM products while anti-GM countries have stymied EU-wide authorisation. As a result, applications have remain trapped in the system for years.

An amendment to EU law in January now allows individual countries to ban the growth of GM crops in their own territories, without insisting other countries do the same. This could potentially help break the stalemate, Miller acknowledges, but it does not go far enough, he adds. He wants ‘to repatriate’ national decision-making on food and crop safety.

Joe Perry, chair of the European Food Safety Authority genetically modified organisms panel, is pleased that the report clarifies that the current delay in approvals to import and cultivate GM crops within the EU is due to political disagreements, not disagreements over risk assessments. A panel of 20 independent academic experts consider all the evidence before a GM crop is declared safe, he adds.

A ‘careful and thorough analysis’ is how Jonathan Jones, a plant scientist at The Sainsbury Laboratory in Norwich, UK, describes the report. He agrees that EU regulation is not fit for purpose and that traits should be regulated, rather than the method by which they are delivered.

European GM policy has been made on the basis of ‘unfounded fear rather than reasoned scientific evidence’, comments Mike Bevan, deputy director of the John Innes Centre, UK. He calls for policymakers to focus on the ‘new features and benefits of genetically modified crops when making decisions and not be swayed by exaggerated, emotive claims’.

However, GM opponents are not convinced. The policy director of the Soil Association, Peter Melchett, says the committee swallowed the pro-GM campaign’s line that the UK public are becoming less concerned about GM food. ‘Unfortunately for the committee, after they had finished drafting their report, the government’s Food Standards Agency released the results of their latest public opinion research. This found that public concern about GM is increasing, and it is at its highest level since the FSA’s polling began.’ 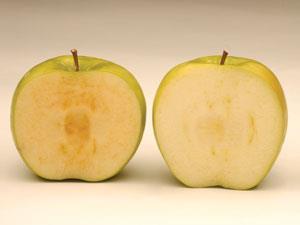 The report calls for a system to assess plant traits regardless of how they are made. Such a trait might include non-browning in fruit, for example.

Okanagan Specialty Fruits, a Canadian biotech company, has just created two apple varieties that retain their original colour longer than ordinary apples when sliced or bruised. The company uses gene silencing to reduce the expression of the gene that codes for the enzyme PPO, responsible for apples turning brown; they don’t contain any novel proteins.

The US authorities approved the Arctic apples in mid-February.