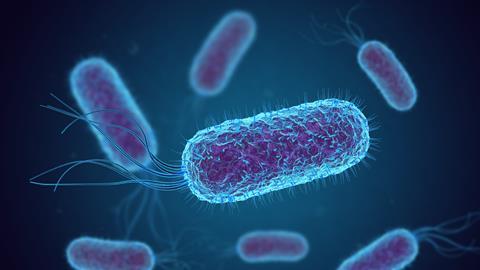 Bacteria that have been genetically engineered to grow 13 times bigger and live 66% longer than their unmodified cousins could be the stars of future biochemicals factories.

Genetically engineered or traditionally bred microorganisms are already used to produce pharmaceuticals like human growth hormone or insulin. But they could also be made to produce more basic chemicals, like fuels and polymers, from renewable feedstocks.

A team of scientists led by Liming Liu from Jiangnan University in China has now created a strain of giant, long-lived Escherichia coli, boosting its ability to produce the biodegradeable polymer poly(lactate-co-3-hydroxybutyrate) (PLH) and butyric acid.

E. coli reproduce around every half an hour by dividing symmetrically into two cells. While this makes the organism essentially immortal, a cell can only stay alive for a set time without dividing. This is called the chronological lifespan. There’s also a limit on how many daughter cells it can produce – its replicative lifespan. Cells that consecutively inherit the oldest tip of the cell, the one opposite the division site, tend to grow slower and accumulate more damaged proteins.

To achieve this, Liu and colleagues modified genes in E. coli’s respiratory chain and the stress response pathway, both of which can alter lifespan. The former drives the synthesis of the energy-storage molecule adenosine triphosphate (ATP), but it can also produce cell-damaging superoxide. The latter activates genes that generate proteins to help the cells cope with heat or cold, acids or starvation.

While this modification hasn’t given E. coli enough of a boost to meet the demands of industrial production of biopolymers, Liu says that the study provides a proof of concept for the idea of lifespan engineering. ‘Despite millions of years of evolution of E. coli, its lifespan is remarkably plastic, which is expected to facilitate advances in both metabolic engineering and synthetic biology,’ he explains.

Bioengineer Jixun Zhan from Utah State University, US, believes this is the first time that scientists have modified microbial lifespan and size to increase biochemical production. ‘Similar approaches might be applied to different products or different microorganisms,’ he says.

But lifespan engineering could also have unintended consequences, says Cheryl Kerfeld, who researches bacterial microcompartments at Lawrence Berkeley National Lab and Michigan State University, US. While this might mean that engineered bacteria will need go through laboratory evolution to debug any problems, it’s also ‘a wonderful way to gain biological insight’, she says. ‘If they’re able to build on this, we may even learn some really interesting things about longevity and the implications of lifespan engineering for organisms in general.’

Liu says that his team now plans to alter the lifespan of eukaryotes such as yeast.