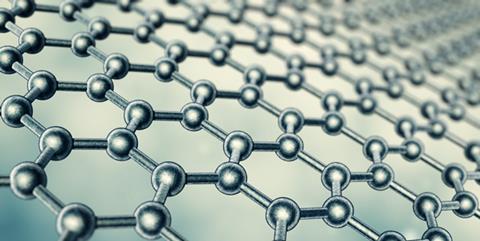 Materials composed of a single layer of atoms, such as graphene, can separate hydrogen and deuterium more effectively than almost any other process.1 That is the conclusion of scientists in the UK, who believe the new sieves could slash production costs for deuterium for nuclear power generation and research.

Deuterium – a heavier isotope of hydrogen containing a neutron in addition to a proton – is widely used in the nuclear industry. Combined with oxygen to make ‘heavy’ water, it is used in fission reactors to slow down emitted neutrons. It is also used in prototype fusion reactors, where deuterium ions are fused with ions of tritium (hydrogen with two neutrons) and helium-3, among others.

In heavy water form, deuterium is present in very small quantities in the Earth’s oceans, but is not especially easy to extract. The production of heavy water normally begins with the energy intensive Girdler sulfide process, which typically enriches seawater to about 20% heavy water through a loop reaction with hydrogen sulfide. Nuclear-grade heavy water is at least 99% pure so further processing steps that include electrolysis, which is again energy intensive, or distillation, which is very slow, are needed.

Atom-thick membranes, according to chemists and physicists at the University of Manchester, could extract deuterium more quickly and efficiently. In 2014, the researchers surprised theorists by demonstrating that hydrogen nuclei could permeate graphene and a structurally similar material, boron nitride, with the help of a small applied voltage.2 Now they have gone one step further, by showing that the two-dimensional sheets have a preference for passing common hydrogen nuclei over those of deuterium, and tritium too.

The researchers’ measurements show that graphene and boron nitride exhibit an isotope enrichment factor of about 10 for heavy water mixed with normal water. That is in contrast to the Girdler sulfide process, which has an enrichment factor of about two to three, up to 10 for electrolysis or a little over one for distillation. The preference of the graphene and boron-nitride sieves for hydrogen over deuterium is thought to be due to hydrogen’s greater vibrational energy, which allows it to ‘jump’ over the materials’ energy barriers.

Chemical engineer Karl Johnson at the University of Pittsburgh in Pennsylvania, US, calls the isotope enrichment demonstration a ‘very significant achievement’, but believes the sieves would be more useful if they worked the other way around – that is, preferring deuterium over hydrogen. That way, he says, you would only need a little electrical energy to transport the relatively small amount of deuterium across the sieve, rather than a lot of energy to transport the much greater amount of hydrogen.

Even so, Irina Grigorieva, a member of the Manchester group, says that the energy cost of graphene or boron nitride-based isotope separation ought to be at least 10 times lower than most other methods. Moreover, she believes that large sieves made by chemical vapour deposition could soon be used in industry, ‘as soon as they can be incorporated into the existing industrial infrastructure, which should be a relatively simple engineering task’.