‘High risk’ research should be championed at German universities

Funding to promote excellence at German universities should encourage more ‘high risk, high gain’ research, an independent international panel of experts has recommended. The panel was set up in 2014 by the Joint Science Conference (GWK), part of the federal government and the 16 state governments. Its task was to evaluate the so-called excellence initiative – a research programme operating between 2006 and 2017 with €4.6 billion (£3.6 billion) of funding. The programme aims to boost top-level research at the universities involved. 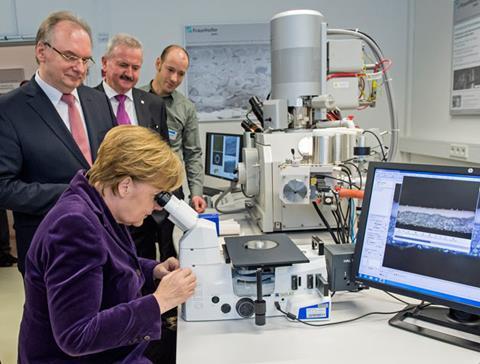 In the panel’s view, the excellence initiative has been a success and has made German universities more dynamic, strengthened top-level research and raised their profile on the international stage. The panel therefore supports the decision to continue the programme beyond 2017, according to its final report.

‘The high quality of scientific publications produced at the clusters of excellence is impressive,’ said panel chair Dieter Imboden, professor of environmental physics at the Swiss Federal Institute of Technology in Zurich, when presenting the report. These clusters bring together scientists within or across universities and institutions to foster top-level research. However, Imboden added that German universities are only at the start of the long road to join the world’s elite institutes.

Notably, funding to clusters should be more open to riskier projects. The programme should also embrace more diverse research, worry less about where partner institutions are based and be more flexible on the size of the grants it offers, funding both smaller as well as large projects.

Such an approach could indeed foster ‘new ideas which are essential for creating innovation’, says Thisbe Lindhorst, president of the German Chemical Society and professor of organic of and bioorganic chemistry at the University of Kiel. She also welcomes the idea of giving extra money to university management to strengthen governance. ‘This means that the university as a whole can benefit from a cluster of excellence.’

The proposed funding scheme would strengthen the national science system, says Horst Hippler, president of the German Rector’s Conference. Hippler also welcomes the recommendation to extend funding periods to seven to eight years, allowing researchers to pursue their work with minimal intervention. This would ‘facilitate the planning and decrease the effort necessary for applying without reducing competition’, he says.

If the panel’s recommendations are followed, Germany’s top universities would receive a funding boost. The ‘excellence premium’ will reward 10 universities with about €15 million per university per year solely based on their previous scientific achievements. This kind of award would make science less dependent on politics, Lindhorst notes. ‘Scientific achievements are rewarded. The universities can reap the benefits without having to deal with the next proposal,’ she says. In her view, there is no need to fear that others are left behind. ‘Each university, each federal state can use the tools of the excellence initiative to strengthen top research,’ she adds.

The final decision on the excellence initiative is expected in June. Money for the current programme will run out soon and to ensure a smooth transition to the follow-on programme, the expert panel proposes extending all current projects to the end of 2019. ‘I hope that the policy will follow the panel’s advice,’ Hippler concludes.