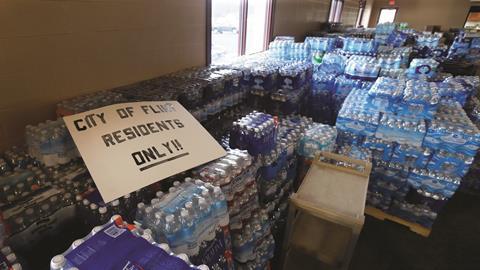 After the US city of Flint in Michigan changed the source for its public water from nearby Detroit to the Flint River without appropriate corrosion control measures in April 2014, the levels of lead in tap water rose significantly. Now, the US Centers for Disease Control and Prevention (CDC) has found that the blood lead levels (BLLs) of young children who drank that water are elevated and may even have damaged their health.

The CDC researchers measured the BLLs of children younger than six-years-old before, during and after the switch in Flint’s water source. The CDC identified a BLL of 5µg/dL or more as a concern. The likelihood that a child consuming the city’s water would have a BLL in this range was nearly 50% higher after the shift to Flint River water from April 2014 and October 2015, the agency has announced. After the switch back to the Detroit water system, the CDC said the percentage of children under six with elevated lead in their blood returned to prior levels.

The American Academy of Pediatrics (AAP) released a policy statement calling for stricter regulation on lead, and cited evidence that commonplace blood lead concentrations, even those below 5µg/dL, can impair cognition. Jennifer Lowry, a toxicologist and AAP spokeswoman who authored the organisation’s statement, points out that babies born in Flint and bottle fed during that time had formula made-up with lead-contaminated water. Lowry notes that lead exposure is associated with behavioural problems such as attention-deficit hyperactivity disorder, speech delays and learning disabilities.