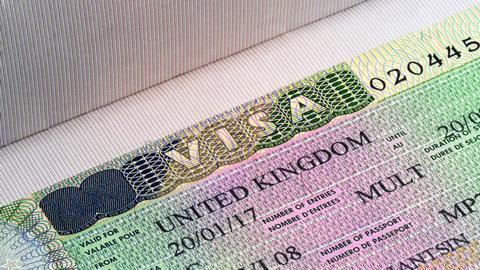 The Home Office has had to apologise to a research scientist who was mistakenly told to ‘take immediate steps to leave the UK’. The Home Office letter was sent to Mohsen Danaie, who holds dual Canadian–Iranian citizenship and is an electron microscopist at the electron physical science imaging centre at the UK’s Diamond synchrotron in Oxfordshire. In spite of the fact that his work visa is valid for another two years, the immigration enforcement letter – which spelt his name incorrectly – said he had ‘no lawful basis to be in the UK’, and added that his driving licence would be revoked.

Danaie’s case arose just weeks after the Home Office was forced to apologise for sending out hundreds of letters ordering EU nationals living in the UK to leave the country. This followed revelations that the chief inspector of borders and immigration had discovered that inaccurate Home Office records meant that over 250 people had had their driving licences wrongly revoked, and that in 10% of cases applicants had wrongly been refused bank accounts.

Among the scientists offering their support for Danaie is David Dye, professor of metallurgy at Imperial College London, who called on the home secretary to apologise. ‘In terms of the vitality of UK science we do rely on having a rich and deep talent pool,’ Dye says. He adds that anyone who knows of Mohsen’s case ’would probably think twice about applying for a job in the UK’. He points out that one of his PhD students – an EU citizen – also had her application for permanent residency turned down, and was told she should prepare to leave the country, when she was legally entitled to be here.

Last year, Sam Schwarzkopf, a German neuroscientist at University College London who is married to a Briton, was also told to ‘prepare to leave’ having had his application for permanent residency turned down on a technicality. Like Danaie, Schwarzkopf objected to ‘the immediate assumption that you have no right to be here’. Now he is preparing to leave – for New Zealand. Having studied and worked in the UK for 18 years, Schwarzkopf says he ‘never had a serious plan to move abroad’. He adds that now ‘the climate has changed. I always felt very comfortable here: I no longer do.’

None of the other scientists he talks to are happy with the current situation, he says, and cites a former colleague who ‘could have had a bright future here’, but opted to return to Germany. ‘The government has stated their intention to keep [Horizon 2020 involvement] going, but without freedom of movement it’s not possible.’

‘It’s an absolute disaster: all the European colleagues I have are talking about what they’re going to do – are we going to be allowed to stay,’ bemoans Andrea Sella, professor of inorganic chemistry also at University College London. ‘The lack of certainty is incredibly corrosive.’

The campaign group, Scientists for EU, has tried to put numbers on those opting to leave the UK, but co-founder Rob Davidson says its difficult to quantify because of short term contracts and the fact that scientists are so mobile. For that very reason, ‘telling us that in 2019 something will have been arranged is no good’. Sella has found it impossible to discover whether the number of applications for lectureships from the EU has diminished, but he points out that British academics are being poached by European neighbours too.