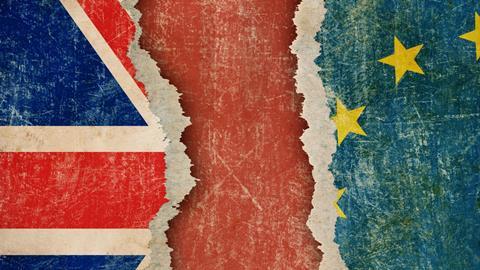 The government is to press for continued UK membership of key European science programmes including Horizon 2020 and its successor, as well as nuclear, space and defence research, once the country leaves the EU. It says it wants to forge a broad science and innovation agreement that will be a ‘more ambitious and close partnership with the EU than any yet agreed between the EU and a non-EU country’.

In the latest in a series of position papers for Brexit negotiations, the document details precedents for research collaborations between the EU and other non-EU states. The terms of any agreement would, it says, ‘include the size of any financial contribution which the UK would need to weigh against other spending priorities’.

The paper gives no indication of what it would be prepared to do to achieve such close collaboration, nor how much it would be prepared to pay to retain membership of the €74 billion (£68 billion) Horizon 2020 programme. The government says it is committed to underwriting bids for projects submitted whilst the UK is still an EU member. It has also agreed to cover the UK’s share of the costs of the Oxfordshire-based Joint European Torus fusion research project, once it leaves the EU – if the EU extends the contract to 2020.

The Brexit paper says the UK should remain a ‘hub’ for international talent and that it is ‘seeking to agree a continued system for the mutual recognition of professional qualifications’. UK science organisations and universities have welcomed the government’s ambition, but point out that rapid progress is needed to agree conditions for continued collaboration, including the rights of EU staff and students. ‘We have to implement an immigration system that can attract the brightest and best minds to the UK, and a regulatory system that promotes seamless collaboration,’ said Venki Ramakrishnan, president of the Royal Society.

Sarah Main, director of the Campaign for Science and Engineering, said the UK’s ‘softer approach to mutually beneficial arrangements beyond Brexit is made possible because of the high regard in which UK science is held and its strong research networks across Europe’.

The paper also sets out the desire for a close working relationship with the European Medicines Agency (EMA), which ensures the safety of medicines across the EU. It points out that the EMA cooperates with regulatory bodies around the world, which could provide a basis for a partnership with the UK. London currently hosts the EMA, and its scientists will learn in November which city it will be relocated to. The agency has already agreed plans to distribute its workload on scientific evaluation and monitoring of medicines across member states, and to cope with what is expected to be a ‘significant’ staff loss.