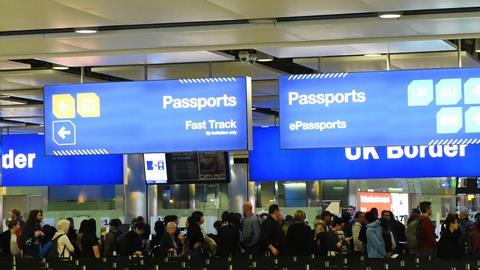 The Campaign for Science and Engineering (CaSE) has called on the UK government to overhaul some of its immigration policies that the group says are creating barriers to research. In a review document published yesterday, the campaign group stressed that maintaining the flow of researchers across borders will be essential if the UK is to remain a global hub for science and engineering.

The report points out that nearly a third of academics in the UK are non-EU nationals and that students from overseas put billions of pounds into the economy each year. It claims that 86% of the public want levels of immigration among scientists and engineers to increase or stay the same.

The long-term recommendations include ‘frictionless’ movement of science professionals, visa-less entry for work and training visits, and more user-friendly technology to make the migration process smoother.

CaSE has also said that some of the rules are in need of an immediate overhaul. In an open letter supported by nearly 50 UK research organisations, the group called on prime minister Theresa May to revise the current cap on ‘tier 2’ visas, which cover engineers and other skilled technical professionals.

The letter said that due to the limit on tier 2 visas being reached in each of the last three months, hundreds of roles within UK businesses were going unfilled, and the country’s international appeal had been damaged. ‘Productivity will suffer if firms cannot access the talent they need,’ the letter states. ‘We urge the government to take this opportunity to revise the current policy and exempt roles on the shortage occupation list and PhD-level roles from the tier 2 cap.’

The Royal Society of Chemistry was one of the signatories of the letter. ‘This is an opportunity for government to ensure that the UK’s immigration system can support the delivery of the industrial strategy, improving growth and productivity across the UK,’ said Jo Reynolds, the RSC’s director of science and communities.

In a statement, CaSE’s executive director Sarah Main said the recommendations in the report would help the UK stay competitive internationally. ‘Although immigration is seen as a heated issue, the situation for scientists and engineers is surprisingly uncontroversial,’ she said. ‘Politicians and public alike value them and want to see more coming to the UK. This review takes a cool look at how we can make that happen.’