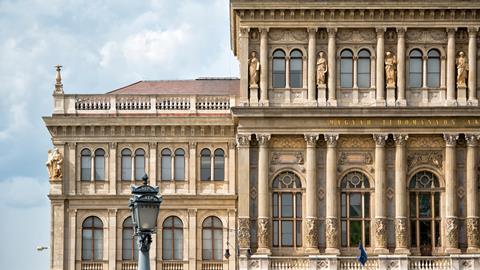 The Hungarian government is withholding HUF17 billion (£46.5 million) of funding earmarked for the everyday running of the Hungarian Academy of Sciences. The academy is the country’s main research institution, comprising over 40 research centres, and the science ministry has said it will not release the money for at least three months. The move has sparked protests from researchers both in Hungary and abroad who claim that the government is undermining researchers’ independence. The government has released funds to cover the academy’s personnel costs for the first quarter.

On 31 January, the Hungarian government called for the institutes overseen by the academy to apply for funding under the new ‘thematic excellence programme’, which is mostly financed by the disputed funds. Sources at the academy told Chemistry World that the science ministry was, in practice, asking the academy-run research institutes to compete for their own running costs with universities and other public research institutions that have already covered these basic costs. The same sources said that diverting funds earmarked for the academy’s institutes and using them for other purposes, including the open thematic research programme, would breach Hungarian law.

This latest move is part of a wider reform of the country’s research system proposed by the government of populist Viktor Orbán. Last July, the government took control of a large portion of the funds allocated to the academy.

The academy’s leaders met on 26 February, and they remain adamant that the funding should be turned over to the academy. The governing body insisted that the ministry justify, in writing, its position on the reform of the network of research institutes. The government was also asked to outline its economic and legal arguments. The governing body also confirmed that its research centres have submitted grant requests to the academy, which will now continue negotiation with the ministry in order to obtain the requested funds.

As with the budget row last year, the academy has received support from scientists and research institutions both at home and abroad. On 12 February, several thousand people protested the latest move by the government by forming a human chain around the academy’s building. The Budapest-based Central European Academy, which recently moved most of its operations to Vienna after a long-running confrontation with the Hungarian government, released an open letter denouncing the move as ‘a further step in a process that aims at curtailing academic freedom of Hungarian institutions of research and higher education’.

The European Federation of Academies of Sciences and Humanities reiterated its support for the Hungarian Academy of Sciences, saying that the government’s actions infringe on ‘internationally applied and accepted principles of academic freedom, scientific excellence and the self-governance of scientific institutions’. There have been similar reactions from Academia Europaea and several national Academies, as well as hundreds of researchers.

Hungary’s science ministry did not respond to Chemistry World’s request for comment.