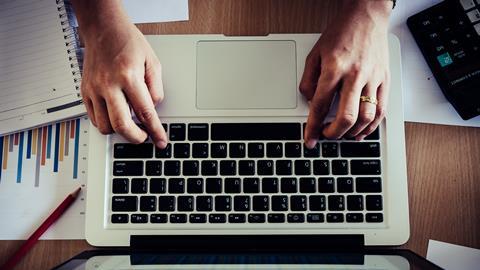 Researchers analysing past scientific misconduct investigations have recommended that the first author should be held accountable for the integrity of all the work in a research paper.

Katrin Hussinger and Maikel Pellens from KU Leuven in Belgium showed that in cases investigated by the US Office of Research Integrity (ORI), first authors were more likely to have committed misconduct than their co-authors, particularly those in the middle of the author list. They reason that responsibility for guaranteeing scientific accuracy should, therefore, lie with them.

It is a source of debate who should be blamed when evidence of misconduct – such as data fabrication or image manipulation – is found in a paper, particularly for large, collaborative research projects. The guidelines set by many scientific societies say each author should only be accountable for parts of the research they were personally involved with, which some say makes it easy for misconduct to go undetected. At the other extreme, some say every author should be held responsible for everything that appears in the paper, whether or not they were involved in the actual research.

Hussinger and Pellens were interested in a third option that represents a compromise: the guarantor model. This is where authors are held accountable for their own contributions but a single member of the group is also appointed a guarantor with overall responsibility for scientific accuracy.

Their analysis suggests the first author – which in some disciplines is the person who initiates the research – should be this guarantor. Looking at 80 ORI investigations, they showed that first authors are the most likely to be found responsible for misconduct, 38% more likely than those in the middle of the author list.

The study also looked at the other two author roles that often have more overall responsibility for the research: the corresponding author and the senior author, who is usually listed last. Corresponding authors were found to have a 14% higher chance of committing misconduct than middle authors, but there was no statistically significant result for senior authors.

They conclude that ‘a guarantor-like model where first authors are ex-ante accountable for misconduct is highly likely to not miss catching the author responsible, while not afflicting too many bystanders’.

Jeffrey Kovac, a physical chemist and research ethicist at the University of Tennessee, US, says that although the guarantor model ‘seems to be the best option’, it also has weaknesses – leaving the guarantor open to being victimised by collaborators who commit misconduct that isn’t easy to detect. ‘In cases of alleged scientific misconduct it is important to investigate the entire teams to find out who is responsible,’ he says.

Daniele Fanelli, a researcher at the London School of Economics, UK, who studies research ethics, bias and misconduct, goes further. ‘The rationale suggested [here], that the author roles that are statistically more likely to be responsible for misconduct should for that reason always be held accountable is illogical and non-tenable. Only whoever has knowingly lied, cheated or stolen should be punished,’ he tells Chemistry World. ‘A co-author, no matter how vigilant, could be easily fooled by a dishonest collaborator, and holding someone accountable for the misconduct of another is ethically and legally untenable.’

Malcolm Macleod, a neuroscientist at the University of Edinburgh, UK, who has worked on improving the integrity of biomedical research, says the guarantor model has some merits, but that it is the senior author, or principal investigator, who should be held responsible, rather than the first author. ‘I think it is unfair for the burden of dealing with the investigation to be placed on someone who is often one of the less senior members of the authorship team,’ he says. ‘If the first author is “cheating”, it’s reasonable to expect that the senior author [would] have noticed this…. So, I would say the initial approach should be to the senior author, and where a [misconduct] case is found the first, senior and corresponding authors should all be considered at fault, along with any of the middle authors responsible for the aspect of the work with which fault has been found.’