The US chemical industry is pushing back against calls to implement an outright ban on asbestos, similar to those enacted by the UK and more than 60 other nations. Asbestos is one of the first 10 chemicals slated to undergo risk evaluations by the the US Environmental Protection Agency (EPA) under the updated Toxic Substances Control Act (Tsca), which gives the agency more authority to regulate new and existing chemicals.

Last month, the EPA came under fire for enacting a new policy requiring manufacturers to notify the agency and seek its approval before resuming use of asbestos, rather than completely banning this group of naturally occurring fibrous minerals. Opponents feared that this would allow manufacturers to resume abandoned uses of asbestos, which the EPA classifies as a human carcinogen.

Environmental and health groups like the American Public Health Association (APHA) are calling for a complete ban on the manufacture, sale, export, and import of asbestos and asbestos-containing products. In addition, EPA chief Andrew Wheeler committed during a congressional hearing in April to ban ongoing uses of asbestos under Tsca, and new legislation introduced in the House of Representatives would ban asbestos within a year of enactment. 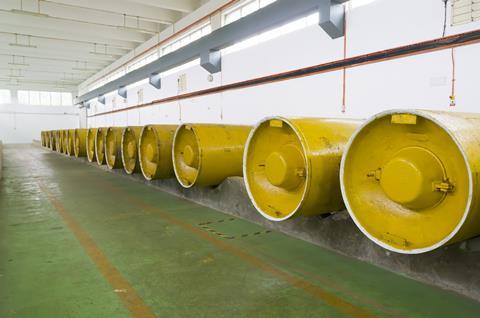 Around a third of US Chlor-alkali plants use asbestos diaphragm cells to generate chlorine, compared to one of 75 in the EU

However, the American Chemistry Council (ACC) – a trade association for US chemical companies – is urging legislators to allow the EPA to complete its risk evaluation of asbestos and implement any necessary risk management requirements based on that review.

Michael Walls, the ACC’s vice president of regulatory affairs, testified before Congress on 8 May that a blanket asbestos ban, as laid out in the legislation currently before Congress, would significantly endanger the nation’s chlorine supply and thereby jeopardise public health and increase prices for a wide range of vital consumer goods.

Nevertheless, many in the chlor-alkali industry have already switched away from asbestos diaphragm cells. The European commission has estimated that alternatives to the asbestos diaphragm process account for the bulk of chlor-alkali production worldwide and offer advantages like lower operating costs due to lower cell voltage, reduced cell renewal costs due to longer lifetimes of the diaphragms and steel cathodes, as well as reduced waste handling and disposal costs for asbestos-free materials.

Only one of 75 plants in the EU uses asbestos diaphragms in its chlorine production, and Japan and France have both banned asbestos specifically in the chlor-alkali industry, according to Celeste Monforton, an environmental and occupational health lecturer at Texas State University who has testified previously on behalf of the APHA.

At the hearing, Walls acknowledged that there are alternatives to asbestos diaphragm cells, but he said there are no drop-in replacements for those uses. ‘We are talking about a transition time that is significant, that would cost hundreds of millions of dollars,’ he stated. ‘It is true that in other countries they use other technologies … but it is not a simple matter of dropping in an alternative, switching the plant back on, and being able to produce.’

The ACC’s opposition to the proposed asbestos ban is focused specifically on its potential to negatively affect the chlor-alkali industry and the country’s chlorine supply, Walls stressed. ‘We certainly are not opposing a ban for all other uses of asbestos,’ he said.