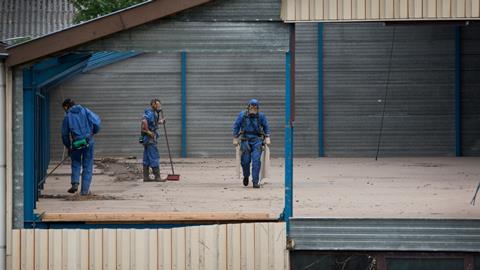 The US Environmental Protection Agency (EPA) has concluded that commercial and consumer uses of asbestos present an ‘unreasonable risk’ to human health, in a new draft risk evaluation mandated under the updated Toxic Substances Control Act that governs America’s chemical policy. The agency found that workers, consumers and bystanders could be harmed by exposure to asbestos under certain conditions.

The EPA said health risks – including cancers – were increased from exposures in the chlor-alkali industry, as well as use of oil field brake blocks, aftermarket automotive brakes or linings and other vehicle friction products. In its review, the agency did not evaluate asbestos exposure hazards to the general population, or the risks posed by legacy asbestos products.

The American Chemistry Council (ACC) took issue with the EPA’s preliminary findings, saying the agency failed to recognise the chlorine industry’s ‘long history of safe use’. While the EPA acknowledges that personal protective equipment (PPE) is effective, it appears to rely on ‘inaccurate assumptions that overestimate exposure risks for certain chlor-alkali workers’, the ACC argued. The chemical industry trade group emphasised that facilities using chrysotile asbestos diaphragms during the chlor-alkali manufacturing process adhere to established safety protocols – including engineering controls, training, as well as PPE – to minimise worker exposure to asbestos.

The EPA’s report is not final and is subject to public comment and also peer review by independent scientific experts. Almost a year ago, the agency was heavily criticised for a new policy that, rather than banning asbestos outright, required that manufacturers notify the agency and seek its approval before resuming use of the carcinogen. In 2018, the agency also proposed a framework to permit the approval for ‘new uses’ of products containing asbestos on a case-by-case basis.