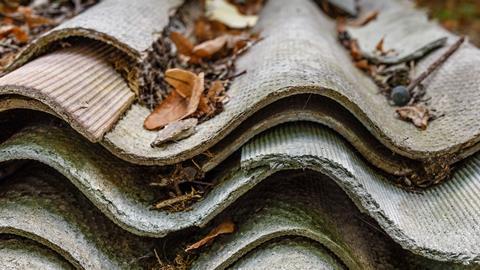 The US Environmental Protection Agency (EPA) is under fire for a new policy that, rather than banning asbestos outright, requires that manufacturers notify the agency and seek its approval before resuming use of the known carcinogen.

The EPA’s final significant new use rule, issued on 17 April, mandates that companies obtain approval in order to domestically manufacture or import specific types of products containing asbestos. The EPA says its goal is to ensure that asbestos products no longer on the market cannot return to commerce without the agency evaluating them and putting in place any necessary restrictions or prohibitions on use. Environmental groups have said that the new policy is inadequate, however.

‘This new rule makes it more difficult for industry to resume some abandoned uses of asbestos, but that is a half-step at best,’ stated the Environmental Working Group’s legislative attorney, Melanie Benesh. She faulted EPA chief Andrew Wheeler for not using the agency’s authority under the updated Toxic Substances Control Act (Tsca) to simply prohibit all uses of asbestos.

Some key lawmakers on Capitol Hill also denounced the EPA’s latest action. ‘Just last week, Administrator Wheeler sat before my committee and committed to an outright ban of ongoing uses of asbestos,’ said Representative Frank Pallone, who chairs the House energy and commerce committee. ‘Today’s rule is a complete betrayal of that commitment,’ he continued. ‘It does nothing to restrict ongoing uses of asbestos; instead it provides a pathway to market for uses that had previously been phased out, such as in floor tiles and insulation.’

The EPA argues that the new rule strengthens its ability to ‘rigorously review an expansive list of asbestos products’ that are no longer on the market before they could be sold again in the US. ‘Prior to this new rule, the EPA did not have the ability to prevent or restrict certain asbestos products from being reintroduced into the market,’ Wheeler said in a statement.

The American Chemistry Council (ACC), a chemical industry trade group, endorsed the EPA’s new rule. The ACC said the new rule will strengthen the agency’s ability to regulate asbestos by requiring manufacturers and importers to provide notification of potential new uses of asbestos, and then requiring that the EPA subject those proposed uses to a ‘rigorous safety review, regulation and restrictions’.