Innovation is a fragile transition state

Brexit and Covid-19 will likely stifle interactions, but could also stimulate new ones 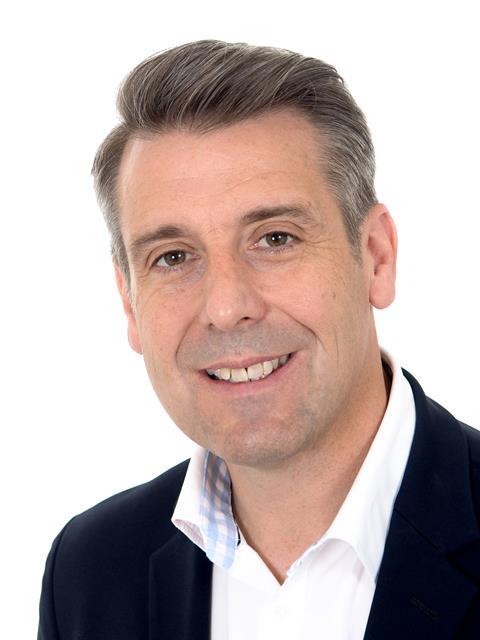 Graeme Cruickshank is chief technology and innovation officer at the UK Centre for Process Innovation, which partners with academics, and companies of all sizes to develop new products and processes

These are turbulent times for growing businesses. Innovation thrives on collaboration, but factors like the Covid-19 pandemic and Brexit, among others, are putting significant strain on those relationships.

‘If you think of it in chemical terms, innovation is a bit like a very fragile transition state,’ says Graeme Cruickshank, chief technology and innovation officer at the UK’s Centre for Process Innovation (CPI). ‘It’s quite easy for things to bump into each other, and theory says the more times you bump into each other, the more likely you are to stick, connect and react. But we also know that you bounce off each other an awful lot. Getting exactly the right conditions is not that common, and stress factors don’t help.’

Those stress factors could be worries about having enough funds to continue operating, or about disruptions to supply chains, or a whole variety of other things. ‘That causes people to make bad decisions, and say things rashly that they then can’t unsay,’ he says, adding that he suspects there are disagreements and fallouts happening between otherwise fruitful collaborators.

Restrictions on in-person contact have affected these collaborative relationships, too. Cruickshank observes that personal relationships are somewhat harder to initiate virtually – for example by video chat. However, they can actually be easier to maintain remotely because the lack of travel involved makes meetings simpler to arrange. ‘It’s easy to have 10 minutes or half an hour to catch up and bounce ideas around until something works,’ he says.

It’s easy for people under pressure to say the wrong thing at the wrong time, and suddenly bounce off of each other

He argues that the coming months and years could potentially be a very innovative time in chemistry. ‘People know they’re going to need to change,’ he says. That could be because their existing business is suddenly no longer viable, or because something has thrown up new opportunities, but there is a driver for change. ‘We’ve got all of these molecules in a beaker, as it were, and they’re floating around bashing into each other. As you turn the heat up, they start flying around even faster, and bashing into each other even more often. That will force something to happen. Sometimes good things, sometimes bad things, but something will happen.’

Such pressure can also make people more willing to address or overcome barriers that had previously blocked progress. Cruickshank cites his struggles getting his team to use videoconferencing: ‘I’d been trying for two years,’ he says, but there were always a host of objections around things like the quality of the technology or available bandwidth . That quickly changed under lockdown. ‘Suddenly, within an afternoon, we had everybody converted and using the technology.’

That imperative to change comes with its own problems. The Covid-19 pandemic, for example, has galvanised huge numbers of people to channel their energy into efforts to counter the virus. ‘Everybody’s desperately trying to help. And that’s great,’ he says. But not everyone can help with any given problem. ‘There’s a risk that we’re muddying the waters a little bit, so one of the things CPI is doing more of at the moment is brokering relationships between people who genuinely have capability or technology or capacity.’

And while this frenzy of activity could potentially help drive significant innovation through a wide range of industries, it’s not sustainable in the long term. ‘Searching for that initial connection is a really high energy state, it’s not a comfortable place to be. But that’s where many people are at the moment – they’re desperately bouncing off each other, trying to get something to stick, whether that’s a product, an innovation, a grant fund agreement or whatever. It’s something that allows them to progress.’ And with the increased tension of the current environment, small mistakes can easily be amplified. ‘It’s easy for people under pressure to say the wrong thing at the wrong time. And suddenly we bounce off of each other when we really should have bonded and reacted.’