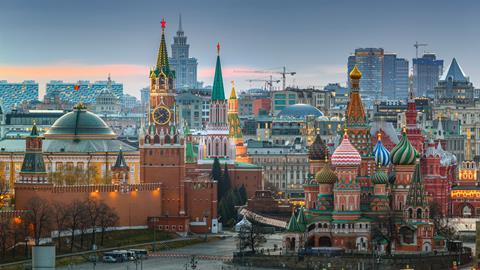 Invasion of Ukraine begins cascade of decoupling from Russian science

The scientific community is grappling with the challenges of decoupling from Russia. Many research organisations in Europe have cut ties including Germany, France, Denmark and the Netherlands. But in the UK, the picture is less clear with universities being told to make their own choices. Meanwhile, the publishing world is facing its own dilemma about whether to refuse papers from Russia.

European institutions have acted, too. The European Federation of Academies of Sciences and Humanities has suspended the membership of the Russian Academy of Sciences and the National Academy of Sciences of Belarus, concluding that the inability of these academies ‘to act autonomously and independently’ from their governments warrants its decision. Cern will suspend Russia’s observer status and will not engage in new collaborations with it. But Cern chose not to expel its Russian users, who number around 1000.

The European commission has suspended grant agreements for four projects under Horizon Europe that involved five Russian research organisations and will stop payment to Russian entities under existing contracts. The European University Association and the European Research Council suspended selected Russian universities following publication of a list of those that supported the war.

In the UK, Universities UK has suspended its memorandum of understanding with the Russian Union of Rectors. But that’s as far as it will go while it waits for a ‘government update in relation to funded collaborations’. Meanwhile, it says it does not support blanket academic boycotts that prevent academics collaborating. However, some UK universities have acted unilaterally such as the University of Nottingham, which has ended all formal links with universities in Russia, including research projects, bilateral agreements and any projects in development.

The publishing world is also facing calls for Russian scientists to be banned from publishing in international journals. At least one, the Journal of Molecular Structure, has decided to stop considering manuscripts authored by scientists working at Russian institutions. Rui Fausto, the journal’s editor and a chemist at the University of Coimbra in Portugal, argues that this decision respects the principles of ‘fair play’. It applies only to submissions from authors of any nationality based at a Russian institution.

However, the journal’s publisher Elsevier has not introduced any blanket restrictions. The BMJ also says it will continue to consider papers for publication from Russian authors and institutions. Kamran Abbasi, editor in chief of The BMJ, says that boycotting Russian research risks further marginalising Russian scientists already speaking for peace, and could harm Russian civilians. ‘If our purpose is to improve outcomes related to health and wellbeing then a boycott of Russian science is likely to achieve the exact opposite. Maintaining scientific dialogue is a principle that we will adhere to as one pathway to peace.’

Clarivate, which runs the citation database Web of Science, has suspended all evaluation of new journal submissions from Russia and Belarus. It has also closed its office in Russia and aims to curtail all commercial activity in Russia in the coming weeks.

Possibly in response, Russian news services reported that government-funded scientists in Russia will no longer have to publish in recognised foreign journals indexed in Web of Science or Scopus. Russian institutions in Russia used to receive higher evaluation ratings if their researchers published in foreign journals.