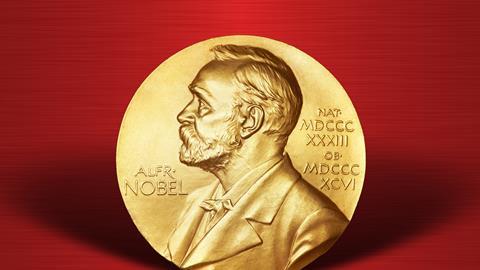 US dominance of Nobels appears to be coming to an end

A theoretical physicist who has analysed how countries’ Nobel prize success rates have changed over time, says the ‘US era’ of Nobel-winning productivity appears to be coming to an end.

Claudius Gros, from Goethe University Frankfurt in Germany, looked at Nobel winners in physics, chemistry and physiology and medicine from France, Germany, the UK and the US. These countries have been home to a high enough number of laureates over the past century to make an analysis of winning trends meaningful.

In a somewhat tongue-in-cheek analysis, Gros calculated the rate of Nobel prize success in each country by dividing the number of Nobel prizes won – assigned proportionally if prizes were shared between more than one recipient – by the population of that country in a given year. He argues that this measure can be roughly correlated to each country’s scientific productivity throughout history.

US Nobel prize productivity, on the other hand, appears to be declining at a steady rate since reaching a peak of around 0.8 Nobels per 100 million inhabitants in 1972. Gros predicts that as the population continues to grow, this trend will continue for at least another decade.

In contrast, the UK’s rate has stayed more or less constant for the past century at what Gros describes as a ‘whopping’ 0.9 to 1 prize per year per 100 million inhabitants.