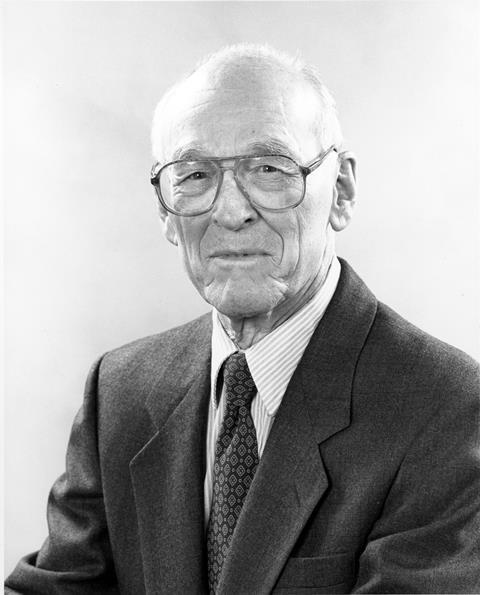 Paul Boyer, who won the chemistry Nobel prize in 1997 for his work on the synthesis of the cellular energy source adenosine triphosphate (ATP), has died aged 99.

In the 1970s Boyer put forward a theory of how the enzyme ATP synthase can turn adenosine diphosphate and inorganic phosphate into ATP, which is used to store and transport energy within biological cells. His model of how the enzyme’s different subunits work together to create a rotating molecular motor powered by a hydrogen ion gradient was shown to be correct in 1994 when John Walker, with whom Boyer shared the Nobel, determined the structure of ATP synthase using x-ray crystallography.

Born in Utah, Boyer studied chemistry at Brigham Young University and later completed a PhD in biochemistry from the University of Wisconsin. He held research posts at Stanford University and then the University of Minnesota, eventually moving to University College, Los Angeles (UCLA) in 1963 where he stayed until his retirement. In 1965, he helped found the university’s Molecular Biology Institute, overseeing the construction of the building and the organisation of an interdisciplinary PhD programme. 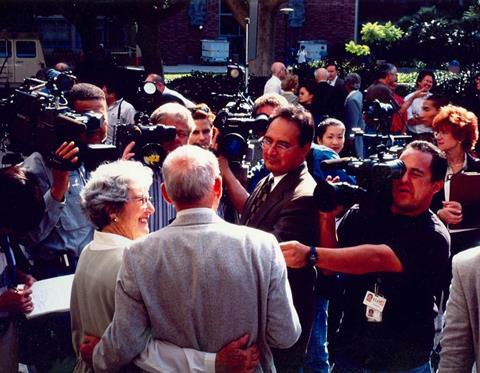 Paul Boyer and his wife, Lyda, talking to reporters the day he won the chemistry Nobel prize.

‘Paul Boyer inspired both trust and ambition in his fellow faculty members, and had perhaps the most positive character of anyone most of us have ever known,’ UCLA colleague David Eisenberg said in a statement. ‘He combined true modesty with unstoppable persistence and unmatched personal interactions.’

When he won the Nobel prize in 1997 Boyer donated a portion of the cash prize to support postdoctoral fellowships in chemistry. He has donated his brain to UCLA for research into Alzheimer’s disease and dementia.