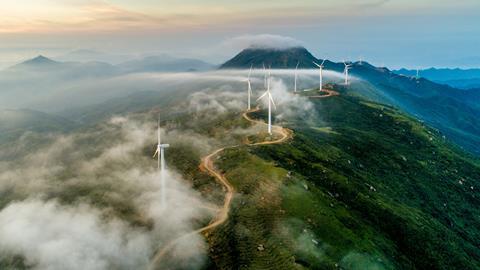 China’s latest five-year economic plan provides few clues as to how it will meet its commitment to reach peak carbon dioxide emissions before 2030, and net zero by 2060. Consumption of coal, gas and oil will continue to increase, while decisions on how quickly to start limiting emissions growth have been kicked further down the road and await energy and industrial sector proposals at the end of the year – leaving many observers disappointed.

The plan, unveiled at the annual National People’s Congress earlier this month, anticipates that 20% of total energy consumption will come from non-fossil sources – renewables and nuclear – by 2025. That’s an increase of 4.1% compared with 2020. However, it’s not much more ambitious than the growth achieved since 2015. Another modest acceleration to 25% of non-fossil energy by 2030, was promised by China’s president, Xi Jinping, last December. Similarly a target to reduce carbon dioxide emissions per unit of GDP by 18%, follows the same trajectory as for the last five years.

Lauri Myllyvirta, lead analyst at the Centre for Research on Energy and Clean Air, notes that China has abandoned a five-year GDP target. Setting annual targets could offer the government flexibility on environmental goals. However it makes it difficult to assess what the 18% carbon dioxide intensity target will mean in practice. He’s concerned that a strong rebound in the economy this year could actually accelerate emissions growth.

Myllyvirta says both energy intensity and carbon intensity targets were at the low end of his expectations, and he was surprised that there was no absolute target for total energy consumption.

What’s behind the slow start may be the challenge of managing opposing interests in the provinces who are reluctant to diversify from coal. One example is the announcement earlier this week of a new ‘highly emitting’ coal to chemicals plant in Inner Mongolia. ‘This is exactly the kind of blind expansion of high-carbon industries that the five-year plan vowed to curb. What happens to this project and a host of others already permitted or incorporated into provincial plans this year [will] show whether the central government is serious about turning the ship.’

China still hasn’t set out its national plan under the Paris climate agreement. Allowing emissions to continue growing until 2030 could threaten the Paris goal of keeping average warming below 2 (but preferably 1.5) degrees. ‘The hope of course is that China left room for negotiation ahead of the Glasgow COP [climate conference],’ adds Myllyvirta.