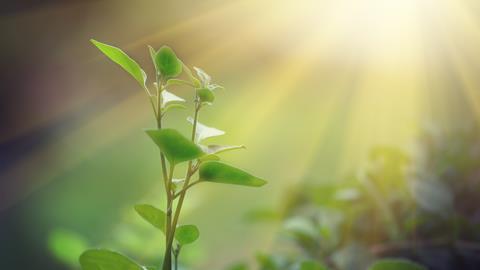 This week, our arch nemesis. But it's not all bad, as Brian Clegg explains:

If you believed the press, you'd think carbon dioxide was a bad boy compound, an evil molecule intent on world domination. Of course this is because of its role as a greenhouse gas in global warming. But there is something we should remember, when this throws CO2 into a bad light. In moderation, the greenhouse effect is a good thing. Without it, the average temperature on this planet would be -18 degrees Celsius. There would be no life as we know it.

A simple molecule of a carbon atom and two oxygens, joined by double covalent bonds, it's not surprising that carbon dioxide was one of the first gases to be isolated. Although it's colourless and odourless, and there are only relatively small amounts of it in the atmosphere - around 0.039 per cent by volume - it is easily produced as a result of combustion. 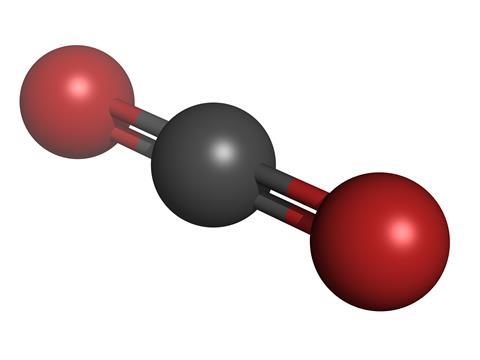 It seems to have first been observed by seventeenth century Flemish chemist Jan Baptist van Helmont, working near Brussels. He burned charcoal and discovered that the ash weighed less than the original material - something, he believed, had been given off, a substance he termed a 'gas' (probably the first use of the word) or 'spirit of the wood'. Van Helmont seems to have equated the gas with the dead air sometimes found in caves, so must have experimented with it further, but it was the Scottish doctor Joseph Black who properly identified the substance.

Black, working in Glasgow in 1756, produced carbon dioxide in a more controlled fashion, both by heating calcium carbonate and by reacting it with acids. Perhaps most significantly, he discovered a way of detecting CO2. By bubbling it through a solution of calcium hydroxide in water he was able to precipitate out calcium carbonate. With this test he showed that carbon dioxide was present in animal breath. Black called the gas 'fixed air', and noted that it was denser than ordinary air, and that it would put out a candle and kill mice.

A use of carbon dioxide that's still very popular was discovered remarkably early on in our awareness of the gas. In 1767, Joseph Priestley, who later isolated oxygen, was living in Leeds, near the Jacques brewery. Priestley was interested in the gas that was bubbling off the fermenting beer and got permission to collect some to study. He found that it behaved just like Joseph Black's 'fixed air'. 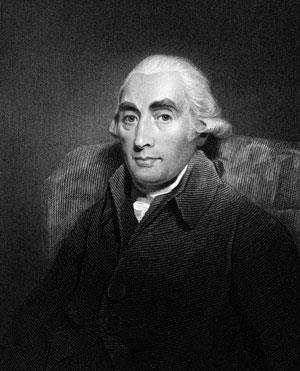 Amongst the tests Priestley did on the gas was to bubble it through water, where he found a quantity of it dissolved, making ordinary water taste like the sparkling mineral water found in the Alps. This was just a passing interest until 1772, when he was dining at the Duke of Northumberland's home in London. The guests were given distilled sea water to drink as a novelty, and found it very flat tasting. Priestley announced he had a way to improve it, and came back the next day to turn it into soda water, a process he described in a pamphlet. Sadly, he lacked the commercial drive to turn this into a saleable product, leaving it to the Swiss Johann Schweppe. By this time Priestley was making carbon dioxide with sulfuric acid and chalk, as he had been banned from the brewery after ruining a batch of beer when he tried to dissolve carbon dioxide in ether. Carbon dioxide now also has a huge range of uses in industry from fire extinguishers to refrigerants.

Perhaps the best known physical property of carbon dioxide is that at normal pressures it converts straight between solid (usually known as dry ice) and gas at a temperature of around -78 degrees Celsius. To become liquid it needs to be put under pressures of at least five times atmospheric.

Carbon dioxide in the atmosphere is essential for plant growth. The carbon from CO2 is one of the essential building blocks of life, and the photosynthesis process uses carbon dioxide to produce sugars, for energy and cell construction. Carbon dioxide also plays a significant part in animal physiology. As well as exhaling CO2 as part of our respiratory cycle, we need some carbon dioxide present in the air around us to trigger the breathing response.

Too much carbon dioxide, though, and we struggle. It's not just a case of displacing oxygen. A 10 per cent concentration of carbon dioxide is enough to have a significant toxic effect, reducing brain function and resulting in unconsciousness.

As we have seen, CO2 joins gases like water vapour and methane as a contributor to the greenhouse effect. In this, carbon dioxide acts like a two-way mirror. Most incoming sunlight shoots straight through, but when the energy is re-emitted by the Earth as lower energy infra-red, some of it is absorbed by the CO2 molecules in the atmosphere. Almost immediately the molecules release the energy again. A portion continues into space, but the rest returns to Earth, warming the surface. An example of an out of control greenhouse effect is the planet Venus, with a 97 per cent carbon dioxide atmosphere. Here average temperatures are 480 Celsius with peaks of 600 degrees, making it the hottest planet in the solar system. 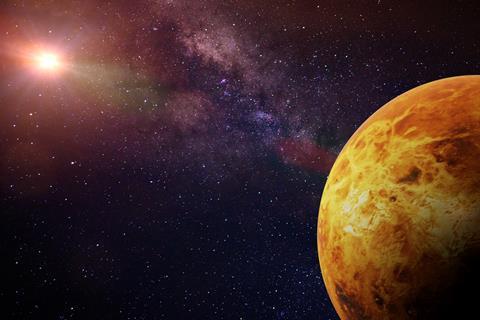 Excess atmospheric carbon dioxide also results in acidification of the oceans. Some of the CO2 in the air dissolves in sea water to form carbonic acid. Around half the carbon dioxide produced by burning fossil fuels is soaked up this way. This has increased the acidity of the oceans, threatening some lifeforms, particularly those based around coral, which is susceptible to small changes in acidity.

So although its current excess is a cause for concern, the original intentions of carbon dioxide were good. And like most things, it is in fact needed in moderation. That was Brian Clegg, de-vilifying the chemistry of carbon dioxide. Now, next week, a compound known for saving lives.

Cisplatin is a tiny little drug molecule that contains a platinum ion in the middle of a flat square with two chloride ions and two ammonia molecules making up the corners. Approved for use in humans in 1978, it was the first of a completely new type of anti-cancer drug and remains an extremely effective and common treatment for conditions such as testicular and ovarian cancer. But why on Earth would you want to put a heavy metal like platinum in your body?

Well, to find out the therapeutic properties of platinum in the drug molecule cisplatin, join Durham University's Jon Steed in next week's Chemistry in its element. Until then, thank you for listening. I'm Meera Senthilingam.