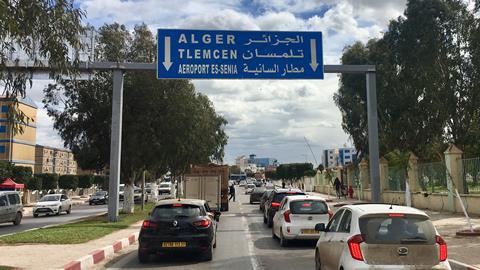 Almost exactly 100 years after its invention, leaded petrol is no longer legally available for sale anywhere on Earth.

In July this year, Algeria became the last country to stop selling leaded petrol. The UN environment programme has now declared the ‘era of leaded petrol over’, with executive director Inger Andersen describing the move as a ‘huge milestone for global health and our environment’.

In 1921 a team of chemists working for US car manufacturer General Motors in Dayton, Ohio, discovered that adding a small amount of tetraethyl lead to petrol could improve engine performance. Leaded petrol was quickly commercialised and by the 1970s almost all petrol around the world contained the additive.

However, it was soon realised that leaded petrol was linked to a host of health problems, and caused heart disease, cancers and harmed cognitive development in children. Through the late-20th century most high-income countries introduced bans, but by the turn of the millennium leaded fuel was still widely sold in most low- and middle-income nations.

In 2002 the UN established a campaign to eliminate leaded petrol across the globe, finally achieving its goal when Algeria’s ban came into effect in July. The UN notes that the worldwide ban on leaded petrol is estimated to prevent ‘more than 1.2 million premature deaths per year, increase IQ points among children, save $2.45 trillion for the global economy, and decrease crime rates’.

Despite the ban, lead pollution will likely remain an environmental problem for years to come. Recent research has shown that almost half of the lead in London’s air comes from leaded petrol used in cars several decades ago. Despite leaded petrol being banned in the UK in 1999, lead-containing dust remains in the streets and there’s still 50 times more lead in the air than would be expected naturally.

Andersen hopes that the successful campaign to rid the world of leaded petrol can inspire new efforts to reduce vehicle’s environmental impact. ‘That a UN-backed alliance of governments, businesses and civil society was able to successfully rid the world of this toxic fuel is testament to the power of multilateralism to move the world towards sustainability and a cleaner, greener future,’ she said. ‘We urge these same stakeholders to take inspiration from this enormous achievement to ensure that now that we have cleaner fuels, we also adopt cleaner vehicles standards globally – the combination of cleaner fuels and vehicles can reduce emissions by more than 80%.’