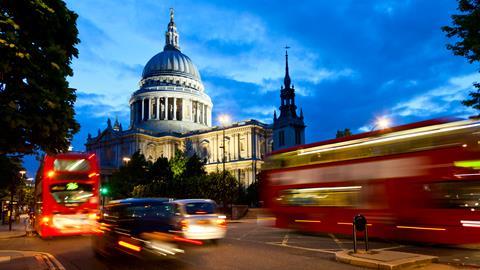 Almost half of the lead polluting London’s air comes from leaded petrol that fuelled cars more than half a century ago, a study has found. Although leaded petrol was banned in 1999, the toxic metal has stuck around in the form of lead-laden dust on the UK capital’s streets, kicked up by wind and traffic.

Lead emissions have now dropped below the legal limit, but there’s still around 50 times more lead in the air than the natural background level – a situation study leader Dominik Weiss from Imperial College London likens to passive smoking. No amount is likely to be completely safe. ‘We have to live with that long-term exposure,’ he says.

Like many other lead compounds, tetraethyl lead is highly toxic – a fact chemists were aware of even at the beginning of the 20th century. Its lipophilicity allows it to cross into the brain, making it immune to chelation therapy that can remove other heavy metals from the body. High lead levels trigger acute poisoning; long-term exposure causes memory loss, neurological problems and a decrease in cognitive function, particularly in children. 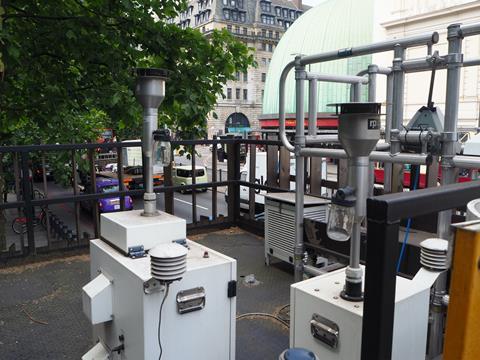 Sampling for this study was done at the airborne particle samplers at Marylebone Road station (>80,000 vehicles/day) in central London

But all of this didn’t stop tetraethyl lead from becoming the fuel additive of choice for many decades. Introduced by General Motors in 1921, it was a desperate move after years of searching for a compound that would reduce engine knocking. At the time, it was sanctioned as safe to use by the US Public Health Service. Tetraethyl lead and the inorganic lead salts that leave cars’ exhaust as a fine aerosol became the main source of environmental lead pollution over the course of the 20th century. It would take until the 1990s and early 2000s for most countries to finally ban tetraethyl lead as a fuel additive.

In the UK, lead levels in the air dropped dramatically after the ban. In 1990, 74% of lead emissions came from leaded petrol, from 2000 it was just 1%. But this decline has slowed, maybe more than was to be expected. ‘Now, we are at half of the value on average we found at the beginning of the century, so it was a slow decrease,’ says Eléonore Resongles from the University of Montpellier, France, who led the study together with Weiss. ‘Since 2010, it’s stationary.’

One of the reasons is that lead emitted by cars in the 1960s and 70s has simply stuck around – in road dust and topsoil. In their study, Weiss and Resongles’ team shows that more than 40% of the lead found in London’s air today comes from historical leaded petrol. The remaining 60% is likely to come either from brake and tyre abrasion – car components can contain lead as a byproduct – or from other non-gasoline historical sources such as coal combustion. ‘Even though concentrations go down, what has been around in the past basically gets recycled,’ explains Weiss.

From 2014 to 2018, the team collected lead-containing airborne particles on Marylebone Road and on the roof of Imperial College in central London. Comparing these metal particles’ isotope ratios with historical data, the researchers spotted the tell-tale signature of leaded petrol.

Lead from petrol is less radiogenic than lead from other sources. While natural lead has a fixed isotope composition for each of the four stable isotopes (204Pb, 206Pb, 207Pb and 208Pb), radiogenic lead is the final product of radioactive decay chains in uranium and thorium ores. Unlike the natural background levels in the UK or lead coming from coal, leaded gasoline used in the UK had a low 206Pb/207Pb, and thus high 208Pb/206Pb, explains Resongles. ‘It had also lower 206Pb/204Pb and 208Pb/204Pb ratios. This is because lead ore used to make lead additives was from geologically old lead deposits, imported mainly from Australia or Canada.’

The researchers estimate that between 45kg and 800kg of lead stored in soil and road dust continues to circulate in London’s air every year. The reason for this wide range is that there are large uncertainties associated with emission factors from vehicles kicking up road dust as they drive around.

Stefan Reis, who heads atmospheric chemistry and effects research at the UK Centre for Ecology and Hydrology, says the study is the missing link to explain why measurements and models sometimes disagree. ‘Looking at the temporal profile of the emissions next to the concentrations shows that, for many pollutants, emissions are reduced and concentrations go down. But for some pollutants, it doesn’t go down as much as you would expect from the emissions dropping. That is where I think these kind of studies are extremely useful actually identifying what might be the reason for that.’

Whether the remaining lead is a reason for concern is unclear, as little is known about long-term low exposure. Weiss explains that lead is likely a non-threshold metal, meaning there is no levels below which it could be considered non-toxic. ‘A lot of people do believe that since lead is no longer emitted, it’s no longer an issue,’ says Reis. ‘As research progresses, we find more and more evidence of health effects more generally, for air pollution at lower levels.’ For this reason, the World Health Organization is currently considering lowering the safe limits for particulate matter, he points out.

‘In the coming 50 years, we can imagine that [lead] levels will just stay as they are if we don’t take any additional measures,’ says Resongles. She says that now is the time to study Londoners’ blood lead levels and figure out potential exposure routes, which could also include old homes with lead in paint and pipes. ‘Then maybe we can think of policies and measure to reduce this exposure,’ she says.

Reis says that while removing lead on a country-wide scale might not be feasible, street cleaning and washing could reduce concentrations in densely populated areas. Another option, explains Resongles, would be to cover up soils in lead hotspots with a layer of uncontaminated soil.

But the most effective policies might simply be reducing emissions of air pollutants generally. ‘We know that even if you go fully electric with vehicles, you still have tyre and brake wear, and abrasion of the road surface etc, which creates particles loaded with metals,’ says Reis. ‘The question is [to find] measures to actually reduce emissions in the first place, because once you have them in environment, it’s really difficult to get them out again.’