A new bill being introduced in the UK House of Lords proposes to make it mandatory for medicine labels to declare when animal research has been used in their development. The bill aims to emphasise that animal research is an essential part of producing safe and effective medicines, says its sponsor, Robert Winston.

‘I wouldn’t put it any weaker than “essential”,’ Winston tells Chemistry World. ‘I don’t think that it can be replaced, in fact I think we’re going to need more animal research in the future,’ he says, adding that while efforts to reduce, refine and replace animal experiments are making progress, our understanding of the complex systems of human biology simply isn’t up to the task yet. 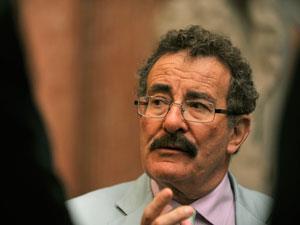 The Association of the British Pharmaceutical Industry supports efforts by the life science sciences sector to improve openness and transparency on animal research, it said in a statement. However, it also cautions that ‘it is essential that any modifications proposed to medicinal labelling do not inadvertently discourage patients from taking the medicines which they have been prescribed’.

For Winston, the assertion that labelling might discourage people from taking their medicine is unconvincing. ‘I don’t know what the evidence for it is,’ he says. ‘People have to make their own choices – for example, are you going to refuse to give your child an antibiotic because it’s been tested on animals? I would argue that that would be irresponsible. But it’s also irresponsible not to tell people that it has been tested on animals,’ he says.

The bill is now at its second reading in the House of Lords. After that, it will go before a committee of the House, where amendments may be made to ensure it the bill is appropriate and workable. This is also where details such as the timing of when the bill and associated penalties will be sorted out, and appropriate stakeholders consulted. Once it has assent from the Lords, it must also be passed in the House of Commons, so it is likely to be some time before it passes into law, if at all.