Searchable database of 10,000 chemicals could help to create safety profiles for untested compounds

Researchers from Johns Hopkins University in the US have mapped the safety data of 10,000 chemicals using the dossiers submitted as part of Europe’s Reach regulation (registration, evaluation, authorisation and restriction of chemicals). They claim this resource could be used to predict the toxicity of many of the 90,000-plus chemicals currently on the market that lack safety data, potentially meaning fewer animal tests. But a dispute with the European Chemicals Agency (ECHA) that holds Reach data means that all the work cannot yet be made public. 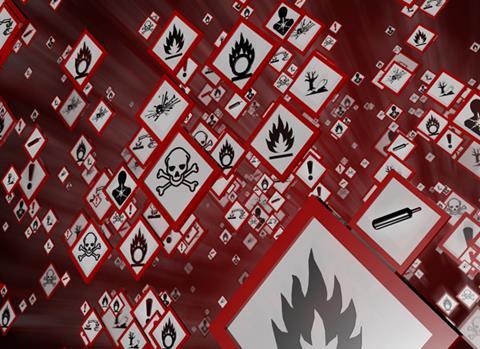 To create their chemical ‘map’ the Johns Hopkins team took the safety data that companies gave the ECHA and created a searchable database that provides details on the known safety profiles or toxicities of these substances. ‘We took all of the ECHA data and did natural language processing … we trained the computer to understand the different ways of expressing a given result,’ explains Thomas Hartung, an environmental health science professor who heads JHU’s Center for Alternatives to Animal Testing. ‘This was 500 pages of programming, an enormous effort, but it allowed us to extract from the database … 9801 substance dossiers with 800,000 study documents.’

The Johns Hopkins team is now developing a web tool that can place an untested substance into this map and analyse its closest neighbours. This resource will enable, for the first time, a ‘read-across’ based on a lot of high quality data, Hartung says. Read-across is one of the most common alternatives to animal testing in which a chemical’s toxicity is inferred from similar compounds.

‘It is a fantastic data gap-filling approach where you have no data, and we will face this in 2018 to an enormous extent when at the last minute people realise that they have to register for Reach and they will not find the lab capacities to do the testing,’ says Hartung, who is the former head of the European commission’s European Centre for the Validation of Alternative Methods.

Reach requires registration and comprehensive safety information for all chemicals that are manufactured or imported into the EU at more than one tonne per year by 2018.

Beyond the ECHA information, Hartung says that other resources like the US Environmental Protection Agency’s high production volume chemical database, as well as the US Food and Drug Administration’s drug compounds database can be added to his team’s catalogue to enrich it even further.

We have made the database available in collaborative projects already, but the ECHA is prohibiting us at the moment from freely sharing the database

Such a tool is especially important given the apparent non-reproducibility of the animals models currently relied upon for chemical safety information. For example, Hartung and his team found that when substances shown in animal tests to be a ‘severe irritant’ were retested, 20% of them were only classified as a ‘mild irritant’ and 10% were classified as ‘non-irritant’. ‘We would not accept an alternative method which only reproduces 70% of the time the call for a severe irritant,’ he notes.

Currently, the team is creating a spin-off company, ToxTrack, which is developing the chemical mapping tool for the web. But the company is now in limbo after the ECHA warned in early February that the work breaches copyrights.

‘We have made the database available in collaborative projects already, and we can continue to do so, but the ECHA is prohibiting us at the moment from freely sharing the database,’ Hartung tells Chemistry World. ‘We have to clarify that we have permission to access the data, despite the fact that they are publicly available.’

Hartung says that the ECHA has provided its database to the European Chemical Industry Council (Cefic) for the very purpose of read-across. This should mean that his team can do the same thing using the team’s tool, he says.

However, the ECHA says that Hartung’s team never asked to use and copy the entire dataset but should have. ‘In particular, they are using detailed data on studies for which they do not have permission,’ the agency says. Although the ECHA claims ownership of its own database, the agency says the data itself is the property of thousands of European companies. The agency emphasises that it cooperated with Cefic and gave them access only to ‘carefully-selected parts of the non-confidential registration data’ to protect the rights of the data owners.