Is a thicket of patents strangling a nascent industry? 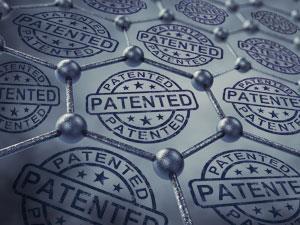 As we welcome in 2013, will nanotechnology continue to dominate many of the scientific headlines in the coming year, just as it has done over the past decade? The huge activity across nanotechnology in recent years, reflected in an ever-increasing number of patents, suggests that it will.

Do these figures herald an exciting dawn of technological innovation based around components measured at the atomic and molecular scale? Emphatically not and on the contrary, argues Joshua Pearce, who runs the Open Sustainability Technology lab at Michigan Technological University in the US. The problem is that in the rush to patent potentially lucrative new discoveries, a forest of broad and overlapping patents have been filed around the world by commercial and academic researchers. If someone wishes to develop a new product that uses single-walled carbon nanotubes, for example, there is a dense ‘thicket’ of hundreds of patents to be negotiated.1

‘In nanotechnology we have a major problem because the patent feeding frenzy started from the very beginning,’ says Pearce. ‘Advances are being stifled at birth because downstream innovation almost always infringes early broad and overlapping patents. Hyperactive nanotechnology patenting is increasing costs for innovators, slowing technological development and locking away fundamental knowledge from use.’

Quentin Tannock, of UK-based technology analysts CambridgeIP, recognises the scenario. ‘It’s sometimes called a patent “gold rush” or patent “land grab”,’ Tannock says. ‘Lots of people all over the world file patents like mad in early-stage, technology-intensive areas, such as carbon nanotubes or graphene, where there is perceived to be significant commercial potential.’

Patents on graphene are increasingly rapidly

CambridgeIP has carried out a survey on the patenting landscape surrounding graphene2, the atom-thick allotrope of carbon that many believe holds great promise for electronics and a whole host of other areas, and sees a similar growth in patents to that of carbon nanotubes 20 years ago. ‘In the graphene area, there has been a particularly rapid increase in patent activity from around 2007,’ says Tannock. ‘Much of this spike in activity is driven by patent applications made by major corporations and major universities in South Korea and the US, in particular. There is additionally a high level of graphene patent activity observed in China in the past few years. The focus of the top graphene patent owners on applications illustrates the broad relevance of graphene to diverse industry sectors such as automotive, computing and industrial chemicals.’

But Tannock is less pessimistic than Pearce about the effect of patent thickets on innovation. ‘Patent thickets in nanotechnology are a potential problem, but I think the fear might be worse than the ultimate reality,’ he says. ‘Thickets have grown in nanotechnology, for example around carbon nanotubes, and they will grow again in areas such as graphene, but people should not be so afraid of the possibility of patent thickets that they do not continue their research.  Far too often we hear anecdotes about researchers failing to patent their inventions or discontinuing their research efforts in an area because of fears of potential patent thickets, which in reality do not exist.’ He says that researchers should begin by investigating whether or not there even is a patent thicket issue. If so, they should think about how best to navigate this thicket as a way through can often be found. ‘In the case of graphene the race for value is far from over and this initial rush of graphene patent applications has not captured everything,’ he adds.

Another technology watcher who remains relatively upbeat is UK-based Del Stark, chief executive of Del Stark Technology Solutions, who has been monitoring the nanotechnology landscape for more than 10 years. ‘In the beginning, companies and universities were patenting everything and anything, and the patents were coming thick and fast,’ he says. However, Stark does not perceive that the density of nanotech patents has retarded research across the field. One possibility, Stark says, is that when key breakthroughs are made and the new technologies start to become big money-spinners, that is when there may be an explosion of legal activity among the various holders of broad and overlapping patents. One outcome could be agreements among large corporations to cross-licence overlapping technologies to avoid lengthy and costly court battles.

Universities are one of the biggest holders of patents on graphene

Stark has investigated some of the newer materials that are being researched for novel properties, such as single sheets of molybdenum disulfide and the silicon analogue of graphene, silicene. ‘We can see the patents in these materials starting to arise – such as methods to manufacture molybdenum disulfide monolayers,’ Stark says.

The experience of fledgling or would-be companies seeking to commercialise nanotechnologies appears to be mixed. Robert Lindefjeld, chief IP counsel for Nantero, a US-based company with an extensive portfolio of patents that is developing carbon nanotubes for next-generation semiconductor devices, says that when the company was launched in 2001 it met no substantial patent obstacles. ‘When we formed there was no patent thicket in this particular application,’ he says. ‘As the prospects for the area became apparent many more companies got into carbon nanotubes and things are very different now – virtually every semiconductor company has looked to build up a patent portfolio in this field.’ But far from this being a hindrance, Lindefjeld says, it is healthy. ‘I do not think that the existence of so many patents stifles innovation, in fact exactly the opposite occurs,’ he says. ‘The idea of people becoming bogged down in a morass of patents is largely a myth. What really drives the market is the success of the technology. People are not going to say “there are too many patents, lets give up on this”.’

It’s a jungle out there

But in the technology transfer office of the Norwegian University of Science and Technology, Knut Egelie has come across the strangling effect of patent thickets. ‘We had someone with a new way to transfect  [introduce nucleic acids into] living cells using carbon nanotubes, but when we looked into it there were too many broad patents covering the nanotubes and it was very hard to find a way through,’ he says. ‘Eventually we had to abandon the project. It seems that in certain fields the patent offices are granting too many patents that are very broad.’ 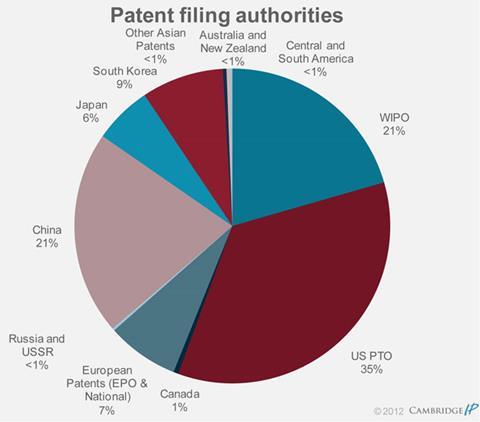 Interestingly, by contrast, a spin-off company launched by the university in 2012, CrayoNano, had a relatively smooth passage through the patent jungle. This company is developing technology to grow semiconductor nanowires on graphene. ‘Here there were relatively few obstacles in terms of existing patents and the process of commercialising the research was relatively straightforward,’ Egelie says.

At the University of Durham in the UK, Chemistry World’s 2011 entrepreneur of the yearKarl Coleman also found it reasonably straightforward to commercialise his technique of manufacturing graphene through a spin-out company, Durham Graphene Science. ‘We didn’t encounter too many problems and it all went quite smoothly,’ Coleman says.

But Pearce remains adamant that the patent thickets in nanotechnology will, if not addressed, soon become a ‘quagmire’, bogging down progress to the extent that the field will be unable to advance to ‘anywhere near its potential’. The solution, says Pearce, is for a moratorium on patents arising from publicly funded research. ‘The open source model of technological development has proven superior both theoretically and in the real world by the software industry,’ he says. ‘Patents are just an artificial rule we made up to help innovation – we know a better way now and all we have to do is change the rule.’