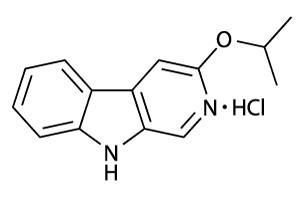 Beta-carbolines developed by researchers at the University of Wisconsin in Milwaukee, US, could offer a novel treatment for alcoholism that targets a specific receptor in the brain, rather than simply reducing dopamine levels. Research suggests these compounds can significantly reduce alcohol consumption in rats, and positive results are also being seen in non-human primate studies.

The hope is to develop new treatments without the negative side-effects of traditional medications that simply target levels of dopamine, the neurotransmitter that triggers pleasure and signals reward. These drugs, which are derived from opioid antagonists, often cause depression, and can themselves be addictive.

‘If you decrease the dopamine levels then it causes anhedonia – that means you don’t feel normal joy,’ explained V.V.N. Phani Babu Tiruveedhula, a graduate student, who was presenting his results at an American Chemistry Society meeting in Boston, US on 19 August.

Such unwanted effects have not been observed with the compounds presented by Tiruveedhula. Instead of targeting dopamine, they target a specific alcohol receptor in the brain.

Their preliminary results from ongoing primate research, which is underway in collaboration with researchers at Johns Hopkins University in Maryland, US, show that treatment with 3-ISOPBC·HCl decreased alcohol consumption by more than 90% in situations where it was made available to the primates for a two-hour period.

The primate experiments should be completed in about five months, and they are part of a series of studies that isn’t expected to be published for about a year. If things go well, the proposed beta-carboline treatments – which have shown no signs of side-effects in the animal studies thus far – could be delivered orally as a pill to humans.

Such a drug might be ready for market in five to six years, Tiruveedhula says. He adds it would likely be less expensive than current alcohol addiction medications, because his team has simplified the synthesis from five down to two steps.

However, James Cook, who is Tiruveedhula’s advisor at the university, explains that the team still has lots of work to do in terms of demonstrating that these compounds are not toxic, and elucidating how they are metabolised by the body.