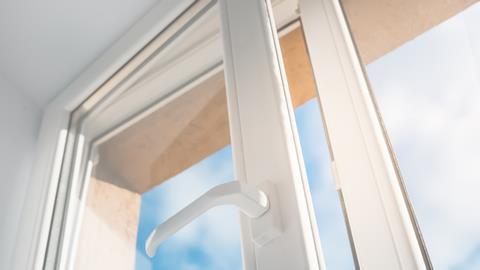 Waste PVC can be recycled into an easy-to-use chlorinating reagent, with electrolysis releasing chlorine from the polymer chain in a controlled manner. This process was then used to chlorinate aromatic compounds, transformations that are frequently used in the production of drugs.

PVC (poly(vinyl chloride)) is an extremely versatile plastic with applications ranging from construction to fashion. The high chlorine content makes it both durable and fire resistant, whilst plasticisers such as DEHP give the material flexibility. However, despite huge amounts of PVC being made every year it is widely considered the most hazardous plastic and is not usually recycled. Thermal processing degrades the polymer, releasing hydrochloric acid and other hazardous gases and many plasticising additives are carcinogenic, meaning the waste must be separated to avoid contaminating other processing streams.

Reductive dechlorination of PVC is potentially one way to begin the recycling process of the plastic. Removal of the chlorine

In a new approach, Anne McNeil and her team at the University of Michigan have turned these limitations into an advantage, using paired electrolysis reactions to repurpose PVC into an efficient chlorinating reagent. A reductive step strips chloride anions from the polymer backbone, facilitated by the common plasticiser DEHP. Oxidation of these anions then produces chlorine gas, which can directly functionalise a variety of aromatic substrates. ‘This is a unique example of repurposing plastic waste,’ comments Timothy Noël, a chemical engineer at the University of Amsterdam. ‘That the chlorine atom of PVC can be used to electrochemically chlorinate new molecules is particularly impressive.’

The team started with a simple cell set-up and probed the system through careful electroanalysis. ‘The first step involves the DEHP undergoing a reduction at the electrode surface,’ McNeil explains. ‘We believe in the next step the reduced DEHP transfers an electron to the PVC, which triggers the chlorine to leave as an anion, leaving behind a polymer radical.’ By acting as a radical mediator, the DEHP allows the reaction to occur at a lower voltage, shuttling electrons between the electrode and the PVC. These milder conditions limit unproductive side reactions at the electrode surface but the short lifetime of the DEHP within the cell is still an issue. ‘We’re working on finding a way to prevent DEHP degradation, possibly by using a different mediator,’ says McNeil. ‘The polymer reacts with the degradation products so we’re also considering adding specific reagents to react with the polymer macroradical in a more productive way.’

Despite these teething problems, PVC shows promise as an alternative chlorine source. Using a divided cell system, the team exposed various aromatics to the active chlorine species generated from the waste plastic and effectively halogenated a broad range of substrates. Industrially, around 85% of pharmaceutical syntheses involve chlorine chemistry, most requiring hydrochloric acid which is energy intensive to make. A preliminary life cycle assessment reported a 71% reduction in greenhouse gas emissions using McNeil’s chlorination method compared with this industrial standard.

‘This work is a very nice first step,’ comments Noël. ‘An improved understanding of what happens with the rest of the polymer will be of great added value to increase the recycling ratio of this process.’

The team are continuing to investigate the fate of the polymer and hope to ultimately develop new uses for the dechlorinated chain. ‘We’re still working on improving the method,’ says McNeil. ‘But we’d like to think that in the future, an intelligently designed additive could serve the dual purpose of being useful during the polymer’s application and also facilitating its end-of-life recycling.’