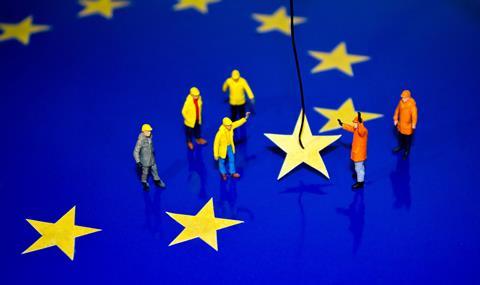 The UK government has been implementing a significant programme of work to ensure the UK will be ready from day one in all scenarios, including a potential ‘no deal’ outcome in March 2019

The chemical industry is warning that leaving the EU without a deal will be both costly and weaken its international competitiveness. The consequences ‘from an industry perspective, don’t bear thinking about’, says Peter Newport, chief executive of the Chemical Business Association.

In its newly published guidance on a ‘no deal’ Brexit, the government says it will establish a UK regulatory framework and build domestic capacity to take over the functions of the European Chemicals Agency (Echa), which handles registrations of all chemicals placed on the EU market. New UK legislation, it said would ‘preserve Reach as far as possible’.

As the UK would be a third country, UK companies with Reach registrations would be unable to sell into the European Economic Area without transferring their registrations to an EEA-based organisation. Registering a new chemical with Echa would have to be done via one of their EU customers or other entity. To place chemicals on both UK and EEA markets would require two separate registrations.

Existing Reach registrations held by UK-based companies would be brought into the UK’s replacement system for Reach, but those companies would have to register with the Health and Safety Executive (HSE) – which would become the lead UK regulatory authority – within 60 days of the UK leaving the EU. The necessary IT system is now being tested with users, with the aim of having it ready to support registrations from March next year. However, even before the guidance was issued the Chemical Industries Association said time was ‘desperately short’ to undertake the necessary registrations to allow the UK to keep trading with EU member states.

The CIA points out that business has already spent over £550 million investing in registrations under EU-Reach: ‘Requiring companies to duplicate pre-existing registration duties for a UK-Reach will not only weaken our international competitiveness but more importantly, offers nothing more to strengthen health and safety.’

According to the guidance, companies will ultimately have to provide the UK regulator with the full data package that supported their original Reach registration with Echa: this is may not be practical says Newport, because ‘the data package is explicitly limited in use to EU Reach – we don’t have the right to use it.’ However, he is aware that a couple of companies have been able to amend contracts, although this only adds to potential costs.

The government has also issued guidance in relation to patent protection, but says that only a few areas of UK patent law come from EU legislation and that even without a deal there will be ‘no significant change to the legal requirements or the application processes’ for UK, EU or third country business. One continuing area of uncertainty is the Unified Patent Court, which had been intended to give business a process for enforcing patents through a single court rather than having to go through multiple courts in different counties. The court – part of which, was intended to be based in London – has not yet come into force, and the government acknowledges that if it does, it may not be possible for the UK to remain within it.