The UK’s cross-party parliamentary Environmental Audit Committee has pressed the government to ‘urgently provide certainty to the UK chemicals industry over the future of chemicals regulation’. The committee’s report highlights threats to the £15 billion in chemical products the UK exports to Europe each year following the country’s EU referendum.

Concerns over conforming to EU Reach (registration, evaluation, authorisation and restriction of chemicals) regulations mean one in five of the predominantly small and medium-sized UK enterprises represented by the Chemical Business Association are already investigating registering elsewhere in the EU. 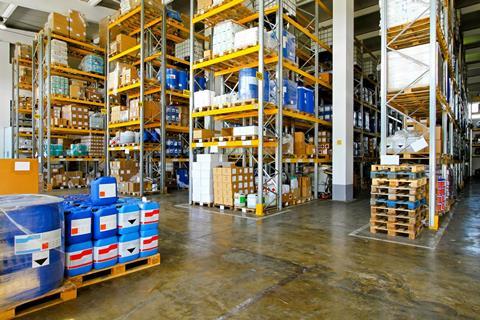 If UK companies are excluded from registering chemicals under Reach, the cost of complying with the regulations would increase massively

For companies to sell bulk chemicals (more than 1 tonne/year) into the EU, their products must be registered under Reach by the final deadline of 31 May 2018. The UK chemical industry – the country’s second largest export sector after the car industry – has made around 6000 registrations, according to Riku Rinta-Jouppi from ReachLaw in Espoo, Finland, costing approximately £250 million. Only Germany has made more Reach registrations.

However, only companies within the EU can participate, raising the threat that UK registrations could be cancelled. Companies outside the EU (like Switzerland) must get either EU-based importers or appointed ‘only representatives’ (ORs) to register their products. Over 40% of UK Reach registrations are representing non-EU manufacturers. If the UK’s registrations have to be replaced by importers or ORs in the EU, it could double the compliance cost to the country’s companies.

Other impending dangers include the lack of clarity over the UK’s planned future chemicals framework, Mary Creagh, chair of the Environmental Audit Committee, said in a statement. ‘[T]he Government has admitted that it will be difficult to transpose regulations such as Reach into UK law, yet it has not yet offered a vision for the replacement,’ she said. ‘The Government needs to ensure it understands the complexity and importance of current regulations in enabling the UK chemicals industry to provide not only value to the economy, but their expertise and high standards in protecting public health and the environment.’

The UK’s ‘surprisingly hard’ approach to Brexit is leading the country towards a bespoke deal rather than emulating obvious examples like Norway or Switzerland, Rinta-Jouppi observes. ‘At the same time a positive case on how chemicals are going to be regulated in the future outside the EU and how that is going to benefit the different stakeholders in the UK is still missing,’ he says.

Consequently, Rinta-Jouppi stresses that Environmental Audit Committee’s concerns are real, not scaremongering. Replicating Reach will be expensive and time-consuming, he says. It will only work ‘if the EU can be convinced to meet the UK halfway in accepting the new processes as equivalent’ to Reach. ‘Any major departure by the UK from replicating the existing EU Reach framework would essentially destroy such planned equivalence and the export industry would need to comply separately with both EU Reach and UK Reach,’ Rinta-Jouppi says.

The Royal Society of Chemistry echoes these concerns. ‘The UK needs a clear, simple and enforceable regulatory framework for chemicals,’ says Camilla Alexander-White, who contributed oral and written evidence to the committee’s enquiry on behalf of the RSC.

There could also be doubling up of regulation in the pharmaceutical industry post-Brexit according to Grant Castle from Covington & Burling’s London-based life science regulatory law practice. Currently the UK’s Medicines and Healthcare Regulatory Agency (MHRA) only takes responsibility for a fraction of the regulation activities coordinated through the European Medicines Agency (EMA). Post-Brexit, new products may have to be approved separately by the MHRA and the EMA or other EU regulatory procedures. While this would be expensive, it also offers some opportunities, Castle highlights.

‘The challenge will be making the UK regulatory scheme attractive, to encourage investment by the pharmaceutical industry,’ Castle explains. ‘One approach that has been mooted is to accept EU marketing dossiers but guarantee faster review.’ However, that may not fully offset the negatives of the smaller UK market and constraints on which treatments the National Institute for Health and Care Excellence agrees prescribers can be reimbursed for. The Association of the British Pharmaceutical Industry is therefore campaigning for the UK to be ‘a global early adopter’ of new medicines and vaccines.

With the EMA’s London base also set to move overseas, an increased role for the MHRA may help keep regulatory experts in the UK. However, pharmaceutical firms will inevitably be pulled towards the new EMA headquarters, Castle says.