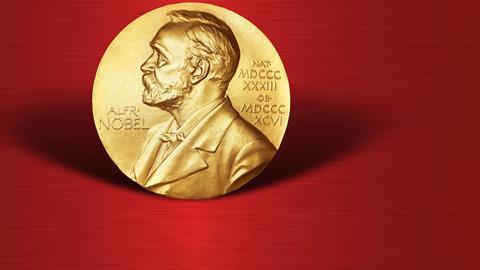 How different are the careers of Nobel laureates from other scientists? US research suggests they follow similar patterns up until the point they win the Nobel prize.

Like ‘ordinary’ scientists they rely on collaborations, and have what the authors describe as ‘hot streaks’ – periods where an individual scientist’s performance is substantially better than usual. However, the laureates were more productive, likely to have longer ‘hot streaks’ and more than one hot streak, compared with ordinary scientists.

The authors were surprised to find a significant but temporary dip in the impact of the work of laureates in the first or second year following the prize, even though they were just as productive, and had similar amounts of funding available. The impact of their work was judged by the number of papers in the top 1% of citations, for the four years immediately before and after the award.

The impact dip is most pronounced among physicists – with a drop of 18.1% in the second year after the award – but smallest in chemists – with a drop of 4.8%. There was also a significant decrease in individual work by both chemistry and medicine laureates after the prize. Dashun Wang, at the Centre for Science of Science and Innovation at Northwestern University, says they had expected to see evidence of the premium that comes with the prize – that increased visibility would increase the impact of their work.

Wang and his colleagues investigated laureates’ performance using a range of resources to create a database of nearly every chemistry, physics, and physiology and medicine Nobel prize winner from 1900 to 2016. They also established a comparison data set of more ‘ordinary’ scientists – for each laureate who published their first paper after 1960, they randomly selected 20 scientists in the same discipline and who started their careers at the same time.

But a deeper look at research topics suggests that, after being awarded the prize, laureates had a higher likelihood of switching topics than would be expected if they randomly changed research direction at any point in their career. One example is that of Jean-Marie Lehn, one of three scientists who were awarded the 1987 chemistry Nobel prize for the synthesis of cryptands. Immediately after winning, Lehn’s focus shifted to self-assembly and self-organisation – a topic he’d never previously published on. ‘It’s not clear why this happens the moment you win the prize,’ especially as it’s difficult to predict when that will be, says Wang. But it perhaps demonstrates ‘the unwavering effort of Nobel laureates to keep pushing the frontier’.

Alex Petersen, in the management of complex systems department at the University of California Merced, is also intrigued by the findings. ‘Winning a Nobel prize affords you a lot of freedom to change research direction,’ he says, and adds that perhaps the dip is ‘just showing the lag in time it takes the research community to decide whether or not a new direction is worth following’.