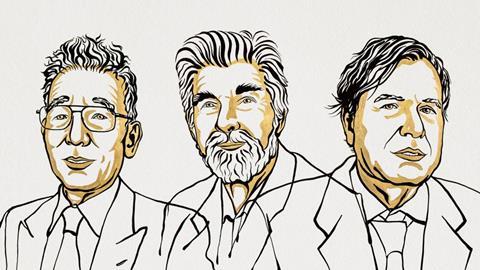 The 2021 Nobel prize in physics has been awarded to three scientists who improved our understanding of the complexity of systems that range in scale from atoms to our planet’s climate. Syukuro Manabe, Klaus Hasselmann and Giorgio Parisi’s research provided fundamental insights that underpin much of our knowledge of climate change.

Half of the prize was jointly awarded to Manabe and Hasselmann for their ‘physical modelling of Earth’s climate, quantifying variability and reliably predicting global warming’. The other half of the 10 million Swedish kronor (£839,000) prize went to Giorgio Parisi for discovering ‘the interplay of disorder and fluctuations in physical systems from atomic to planetary scales’. 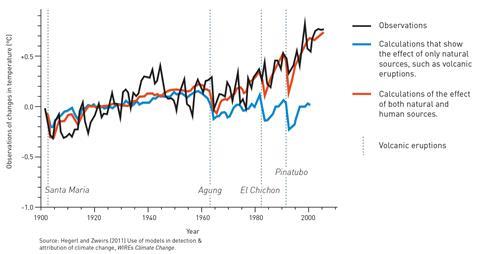 In the 1960s, Manabe carried out ground-breaking work at the Environmental Science Services Administration’s geophysical fluid dynamics laboratory, which linked rising levels of carbon dioxide to increased surface temperatures on Earth. The Royal Swedish Academy of Sciences noted that Manabe, now at Princeton University, was ‘the first person to explore the interaction between radiation balance and the vertical transport of air masses’ and his work forms the basis for modern climate models.

In the 1970s, Hasselmann – a founding director of the Max Planck Institute for Meteorology in Hamburg, Germany – created a model that linked weather and climate. His work explained why climate models can be reliable despite the changeable nature of weather. He later went on to develop ways to detect the impact of human activities on climate. These techniques have helped prove that global warming is directly linked to anthropogenic carbon dioxide emissions.

Parisi’s prize-winning contributions date back to 1979, when he developed a way to explain the unusual magnetic properties seen in a type of metal alloys known as spin glasses. The mathematical methods developed by Parisi, who is today based at Sapienza University of Rome, Italy, have since been used to explore other disordered systems. Parisi himself has studied phenomena ranging from the recurrence of ice ages to the patterns created by murmurations of starlings, with the Nobel Committee noting that his work has ‘become a cornerstone of the theory of complex systems’.

According to the committee, the collective work of Manabe, Hasselmann and Parisi shows that ‘without soberly probing the origins of variability we cannot understand the behaviour of any system’.