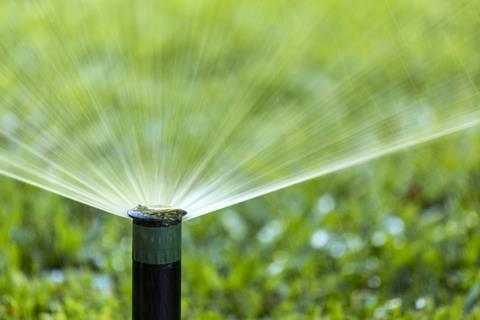 Every day, 34 billion litres of fresh water are used for landscape irrigation in the US

Scientists in the US have proven that wastewater disinfection by microplasma ozonation can reduce impacts on human health compared with chlorination, today’s most commonly used method.

34 billion litres of fresh water are used in the US every day for landscape irrigation. Small-scale disinfectant systems could curb this enormous need by allowing households and businesses to recycle their own wastewater.

Currently, wastewater disinfection is mainly carried out using chlorination, where chlorine or hypochlorite is added to the water to kill pathogens, but now microplasma ozonation has emerged as a competitor to this established system. In this new technology ozone, a powerful disinfectant, is produced using electricity and oxygen in a stacked generator. This allows energy efficiency and easy operation for small-scale water treatment.

Despite both technologies aiming to benefit human health by removing pathogens, they do have hidden health impacts due to emissions and energy consumption during setup and operation – factors that are rarely considered. Now, Jeremy Guest, Thanh Nguyen and their team from the University of Illinois have decided to put this emerging technology to the test.

They showed that the microplasma ozonation method reduces human health impacts compared with the established chlorination technology in their assessment. Assessing both methods’ ability to remove three common pathogens as well as their impact on human health, considering aspects such as toxicity, particulate matter emissions and climate change potential among others. Microplasma ozonation outperformed chlorination particularly in the climate change and emission categories, since it doesn’t require external production and transportation of chemicals.

The researchers noted that to lower the human health impacts even further, ozone technology must now focus on reducing its electricity usage. ‘Ozonation has this stigma that it’s high energy consuming, and by lowering the energy consumption per mass of ozone produced for a given amount of ozone you’re lowering your energy consumption,’ says Shengkun Dong, a graduate researcher working with Guest and Nguyen.

Scott Meschke, an expert in environmental microbiology from the University of Washington, praised the work, saying: ‘These types of studies provide a platform to evaluate emerging technologies and provide justification for further research to confirm their potential. It seems that the conclusions could have significant impact on future design efforts.’ However, he agreed with Guest and Nguyen that other factors, such as costs, need to be considered to move microplasma ozonation technology forwards.

This article has been edited on 30 November to clarify that the study has been considering emerging microplasma ozonation technology rather than more established regular ozonation methods.