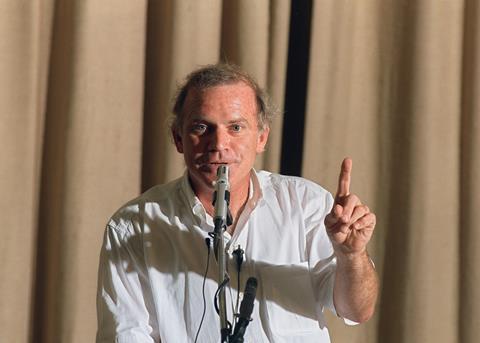 Kary Mullis, the American biochemist who won the 1993 chemistry Nobel prize for inventing the polymerase chain reaction (PCR), has died.

PCR uses an enzyme – a heat stable DNA polymerase – that is cycled through sequences of heating and cooling to amplify DNA, creating millions of copies of a chosen sequence, which can then be used for analysis or experimentation. It has become an indispensable technique in molecular biology.

Mullis was born in 1944 in rural North Carolina in the US. During high school, he developed an interest in science, and went on to study chemistry at the Georgia Institute of Technology, later completing a PhD in biochemistry at the University of California, Berkeley in 1973.

It was while working as a DNA chemist at the biotech company Cetus that Mullis had the idea of using primers to select a particular sequence of DNA and a DNA polymerase enzyme to copy it – the process central to PCR. After undergoing some refinements, the technique quickly became a go-to method in forensic science and biomedical research. In 1993 Mullis shared the chemistry Nobel with Michael Smith, another biochemist who had developed a way to introduce specific mutations into DNA.

Since winning the Nobel, Mullis has also become well-known for his eccentric views. He has publicly disagreed with the scientific consensus on the causes of climate change and ozone depletion, and said that he believes that the connection between HIV and Aids is a conspiracy. He has been open about taking the hallucinogenic drug LSD during the 1960s and 70s, which he credits for helping him to develop PCR and claimed in a 1994 interview was ‘much more important than any courses I ever took’.

He died of pneumonia at Newport Beach in California on 7 August. He is survived by his wife Nancy, and three children.