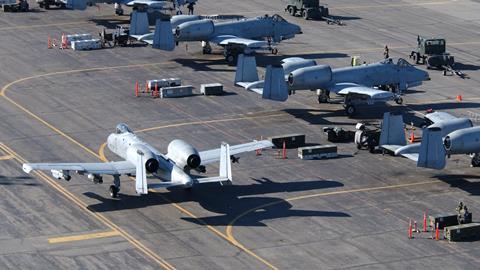 Approximately 15 million Americans in 27 states have been drinking water that has been contaminated with perfluorinated chemicals (PFCs) from more than four dozen industrial and military sources nationwide, according to new analysis from the non-profit Environmental Working Group (EWG) and Northeastern University in Boston. These substances, which include perfluorooctane sulfonic acid (PFOS) and perfluorooctanoic acid (PFOA), were found in 162 water systems in the US.

The Environmental Protection Agency (EPA) only requires reporting of PFCs at or above 20 parts per trillion (ppt) for PFOA and 40ppt for PFOS. The water supplies that were flagged had levels that exceeded 1ppt, a safe exposure limit that was calculated in 2015 by Phillipe Grandjean from Harvard and Richard Clapp from the University of Massachusetts in Lowell.

PFCs are known to bioaccumulate and persist in the environment, and animal studies indicate that they are toxic, affecting reproduction and development. Although these compounds have only shown limited or even no health effects in people, there is still concern that their persistence make it likely that continued exposure could cause illness.

The EWG and Northeastern scientists have collaborated to produce an interactive map that combines drinking water data from the EPA and information on all publicly documented cases of PFC pollution from manufacturing plants, military air bases, civilian airports and firefighter training sites. Of the 47 locations where the source of the PFCs is known or suspected, 21 sources are military bases, 20 are industrial facilities and seven are from civilian firefighting sites, with some locations having multiple sources of contamination.

However, the extent of PFC contamination in these water supplies is likely much greater than these results indicate, the researchers suggest. They point out that the EPA testing programme covered only a small percentage of water systems with fewer than 10,000 customers and did not include information on private wells, which together provide drinking water for about a third of Americans.

‘Last year we petitioned the EPA to give us a list of all the places where these chemicals were either manufactured or used in large volume, but they never responded so private citizens, as well as state and local regulators, are on their own,’ says Bill Walker, managing editor of the EWG. In many cases, state regulators are taking matters into their own hands in the absence of EPA action, he adds.

In fact, Walker notes that Vermont, New Jersey and Minnesota have all issued their own health advisory levels for PFCs, which are in some cases as low as one-fifth of the exposure level allowed by the EPA.

‘Given the political situation in Washington DC, we don’t have any confidence that the EPA is going to move forward on this anytime soon, and so we are heartened by the fact that a number of states are moving ahead,’ Walker tells Chemistry World.