The Toxic Substances Control Act is just the beginning 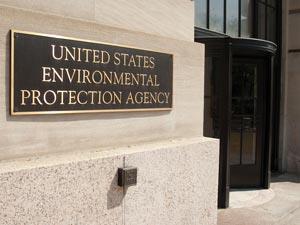 Fluorinated compounds are everywhere. A bouquet of poly- and perfluoroalkyl substances (PFASs), prized for their ability to repel both water and oils, have been used in diverse applications from non-stick frying pans to firefighting foams for decades. Yet they resist degradation, making them almost ubiquitous in the environment; and they tend to bioaccumulate in living creatures, raising health worries.

For example, long-chain PFASs such as perfluorooctanoic acid (PFOA) and perfluorooctane sulfonate (PFOS) promote various types of cancer in rodents, and some human studies have linked them to a spectrum of conditions including thyroid disease and high cholesterol.

PFOA and PFOS are often found in drinking water, albeit in trace amounts. So how much is too much? In May, the US Environmental Protection Agency (EPA) offered long-awaited advice, concluding that long-term consumption of drinking water with a combined PFOA and PFOS concentration of 70ng/l or more should raise a red flag.

Even though it took many years of work for the EPA to arrive at this number, the limit is a guideline for local authorities rather than an enforceable regulation. This situation stems from the country’s fraught and fragmented approach to regulating chemicals. Under the 1976 Toxic Substances Control Act (TSCA), the EPA can investigate the risks of new chemicals in consumer products. But the Act gave the EPA little power to tackle pollutants already on the market, or to extract safety data from industry, and it required the agency to factor in economic downsides before limiting the use of a particular chemical.

There has been growing pressure for TSCA reform from both environmental campaigners and the chemical industry itself. On 7 June, the US Congress finally passed a bill that dramatically overhauls that regulation. The history of PFASs demonstrates that this reform is vital. But it also illustrates how much more difficult the EPA’s task has just become.

PFASs have been produced since the 1940s, and by the 1970s DuPont had started to find PFOA in workers’ blood samples and drinking water. After academic researchers found widespread PFAS contamination in the environment, the EPA investigated and in 2005 classed PFOA as a ‘likely’ carcinogen in humans.

3M stopped producing PFOA and PFOS more than a decade ago, and other companies eventually began to phase out long-chain perfluorinated chemicals from their inventories, switching to shorter-chain alternatives that are less bioaccumulative. However, these compounds are still persistent, and relatively little is known about their toxicology. Hundreds of scientists have signed the Madrid Statement calling for PFASs to be limited to only ‘essential’ uses.

Meanwhile, PFAS contamination hotspots are still being found at manufacturing sites, oil refineries and landfills. The latest EPA data estimate that more than 50 drinking water systems across the country exceed 70ng/l of PFOA and PFOS, around 1% of those tested.

That advisory limit now gives US states and local authorities the information they need to act. New Hampshire, for example, has used it as the basis for an emergency rule, requiring water companies to reduce concentrations by blending less-contaminated water and using filtration systems.

But the guidelines also led one water authority in Alabama, where PFOA and PFOS levels topped 110ng/l, to tell 100,000 of its customers that their tap water was ‘unsafe’, and that they should not drink or cook with it. Inevitably, Alabama citizens rushed to stockpile bottled water, leaving authorities scrambling to bring in extra supplies. One county official criticised the move for causing ‘reckless panic’.

This shows how the old TSCA regime created a patchwork of different risk assessments across the country; and judging by the reaction from disgruntled Alabamians, it has also damaged trust in the EPA’s advice.

The new chemicals legislation will enable the EPA to investigate chemicals more rigorously, and ensures that public health measures cannot be derailed by economic considerations. The agency will also be able to override new decisions on chemical regulation taken by states, which should harmonise protections across the country. Meanwhile, the legislation requires specific protection for vulnerable groups such as pregnant women, children, and workers facing occupational exposure – the very groups thought most likely to be at risk from PFAS exposure.

The price of safety

Scrutiny is expensive, though. The agency has already identified 90 chemicals that it wants to investigate urgently, including bisphenol-A and styrene, and the act sets out an ambitious timetable for achieving the first wave of evaluations. Yet the EPA’s budget currently looks set to fall in the coming fiscal year, and its staffing levels are unlikely to rise. Without sufficient resources, there may even be a risk that the agency’s screening could slow the introduction of greener alternatives to PFASs.

The agency’s risk assessments must also consider how specific chemicals are used. For example, if PFASs offer the best way to extinguish an aeroplane fire in minutes, they should continue to be used. But it is right to ask whether having oil-repelling pizza boxes is really worth the risk of environmental contamination at landfill sites.

The EPA faces a difficult path through the post-TSCA landscape, especially with a tightened budget. Industry and government must help the agency to make the most of its newfound clout, while still ensuring that safe and innovative chemicals can reach the market.