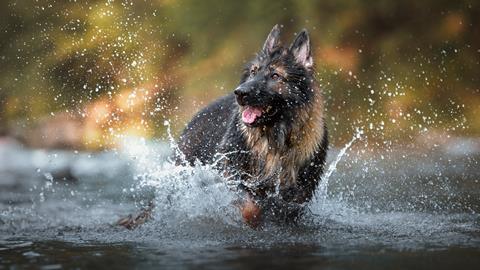 Samples from 20 English rivers have revealed levels of fipronil and imidacloprid – two active ingredients in antiparasitic pet products – that were high enough to pose a threat to aquatic organisms. While there’s no conclusive evidence that these pesticides are coming from pets, researchers believe that these chemicals enter sewers and rivers from treated pets when they are bathed, swim in waterways, or transfer the pesticides to their owners’ hands.

British agriculture has used fipronil and imidacloprid pesticides for years. However, multiple studies have raised concerns that these chemicals can harm pollinators such as bees, and the EU severely restricted the use of imidacloprid and fipronil in 2013. In 2019, the European commission banned these pesticides altogether. However, these substances are still commonly used in flea and tick treatments for pets. 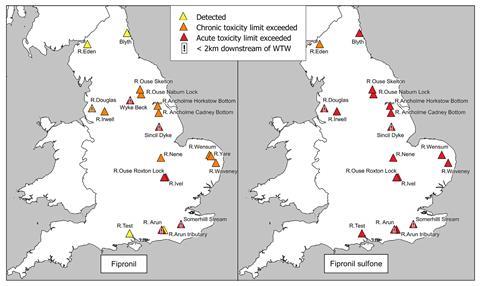 Imidacloprid is mostly used to treat fleas, while fipronil is used against fleas and ticks. After applying imidacloprid and fipronil to a pet, the compounds spread over its skin surface and are dispersed widely throughout the household through pet hair, shed skin and direct transfer to people or objects. Even though the amount of active ingredient applied per pet is small, since the 1990s – when these substances were authorised for this use for the first time – 60,000kg of flea and tick treatments for pets has been sold.

Up until now, the team says that it has been assumed that pet products were not as serious a problem for the environment as agricultural pesticides. The researchers now suggest that new assessments are needed to understand the implications of veterinary products in the environment.