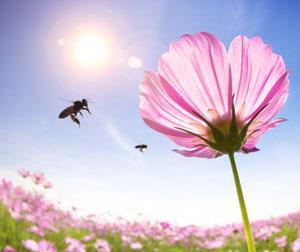 Three neonicotinoid insecticides are to be banned from use on crops that attract bees for two years in the EU. This follows a vote by member states yesterday. Although the final vote did not reach the majority needed for legislation to pass, the hung result allows the commission to decide further action. Tonio Borg, health and consumer commissioner, made it clear in a statement that the ban will proceed, citing a study by the European Food Safety Authority, published in January, that concluded that the pesticides posed a ‘high acute risk’ to pollinators, including honeybees. Applying clothianidin, imidacloprid and thiamethoxam to seeds, soil or crops will be outlawed from 1 December.

Neonicotinoids have recently been implicated in the decline in bee numbers across Europe and the US; however, much of the research remains contested, not least by firms, such as Bayer and Syngenta, who manufacture the compounds. Much of the criticism has centred around experimental design, with claims that they do not adequately model bees’ pesticide exposure to in the field. Nevertheless, this hasn’t stopped France, Germany, Italy and Slovenia placing restrictions on the use of neonicotinoid pesticides.

Without the use of neonicotinoids, farmers will most likely fall back on older pesticides such as pyrethroids, which were replaced by neonicotinoids because they were shown to be less environmentally damaging. In addition to unintended environmental impacts, says the National Farmers’ Union (NFU), the ban could cause ‘catastrophic’ impacts on food production. According to a report the NFU published last year, neonicotinoid seed treatments have allowed farmers to extend the growing season for many crops, increasing yields.

‘This issue is about science and evidence, and finding a balanced way to tackle the significant challenges to bee health,’ said the NFU’s Chris Hartfield. ‘However, it looks like we are about to make populist changes that do nothing to measurably improve the situation for bees, but will make it harder and more costly for farmers and growers to control pests on a whole range of agricultural and horticultural crops.’ However, opponents of the pesticides have been quick to point out that this has not been observed in the countries that have already restricted neonicotinoid use.

As well as voicing concerns over the environmental impact of alternative pesticides, many are calling for appropriate monitoring of what will, in effect, be a large field study. ‘A monitoring scheme of wild and managed bees must be set in place to provide evidence as to whether the moratorium is correlated with changes in foraging bee numbers and bee colony mortality,’ said Juliet Osborne, of the environment and sustainability institute at the University of Exeter, UK.

With environmental groups such as Friends of the Earth claiming the ban as ‘a significant victory for common sense’ the response from the scientific community has been mixed. Lynn Dicks, who studies bee conservation at the University of Cambridge, UK, steered a middle course by describing the result as a ‘victory for the precautionary principle’.