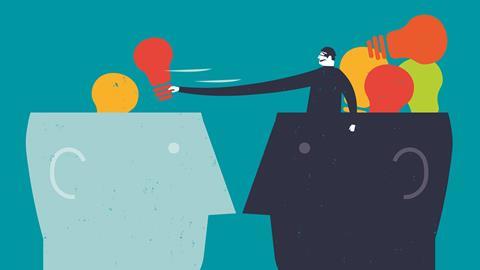 Pavo Barišić, a professor of political philosophy, was appointed science minister by the right-wing government coalition, led by Andrej Plenković of Croatia’s Democratic Union, following the second election this year. The choice of Barišić has been criticised by the academic community because of previous scandals he was linked to.

Recently, Barišić came under fire after it was discovered that in 1992 he praised Julije Makanec, a 1940s education minister in the Croatian Nazi puppet government as a ‘martyr’. Barišić failed to mention Makanec’s ideological role in war crimes for which he was executed. The latest scandal that Barišić has become embroiled in is an allegation that he plagiarised parts of a research text published in 2008 in the domestic journal, Synthesis philosophica, while he was a member of its editorial board.

On 21 October, the newspaper Novosti revealed the plagiarism allegations filed in 2011 with a higher education ethics committee. As the committee was inactive between 2011 and 2014, no one was alerted to these allegations. It was only after they were dug out by Novosti that the head of the committee, Vlatko Silobrcic of the Croatian Academy of Sciences and Arts, announced that all the cases submitted since 2011 would be investigated.

Barišić is alleged to have copied from the work of Stephen Schlesinger, a US political commentator and international relations expert. Schlesinger told Chemistry World that Barišić did appear to have plagiarised parts of his work. ‘I would certainly say that the two selected paragraphs in Dr Barišić’s piece that you sent me contain the very same words that I used in my article “Can democracies be organized?”,’ says Schlesinger. ‘They should have been set in quotations and footnoted. Thus, however brief, they fulfill the definition of plagiarism.’

Barišić rejected all allegations of corruption and plagiarism, pointing out that none of them had been proven in court or by other bodies. He stressed that he resigned as assistant minister of science 10 years ago for personal reasons not over accusations that he abused expense claims. Barišić points out that three university ethics bodies already ruled that he had not committed plagiarism. The ethics committee headed by Silobrcic has primacy over the university bodies.

Barišić tells Chemistry World that his article was published in three versions and that the mistake was made in only the first. ‘In the last two versions of the article, borrowed or paraphrased statements of Stephen Schlesinger were quoted in the footnote and attributed to the author and his article,’ he says. ‘For the failure in the first version, I apologised to the author.’

It is up to the committee now to come up with its expert assessment. Silobrcic told the media on Friday that the findings could be announced in a month, though they will only be advisory as the committee has no powers to impose any sanctions.

Many members of the scientific community are disappointed. Mathematician Hrvoje Kraljević, a former Croatian science minister, says that it is unacceptable that someone like Barišić was chosen for such an important position. ‘He is associated with a few big affairs which are not clarified at all,’ says Kraljević. ‘Each and every one of them is more than enough to disqualify him as a minister.’