Postdocs struggle with poor job security and stress in Europe 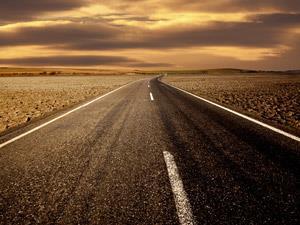 Growing numbers of students securing doctorates and taking postdoc positions is causing ‘considerable dissatisfaction and stress’ across Europe, as many end up spending years on temporary contracts. A pilot study by the European Science Foundation (ESF) says ‘lack of tenure track structures and crushing levels of competition’ are not benefitting either science or society.

The situation is described as ‘unsustainable’ and action is needed now to raise awareness of how immensely difficult it has become to find a secure academic postdoc position, says Siobhan Phillips, senior science officer at the ESF, and the report’s lead author.

She said she was struck by the finding that those on permanent contracts were more productive than those on temporary ones. They were twice as likely to produce patents, nearly three times as likely to have had an impact on policy or practice, as well as being more likely to win academic prizes and take part in public engagement. This gives lie to the idea that the flexibility of temporary contracts is beneficial to employers – rather it suggests the system is ‘inefficient and damaging’.

The ESF worked with five European funding and research organisations who contacted people who had completed their doctorates in the past seven years. In all, 499 postdocs answered questions on issues such as pay, mobility and employment.

The study found a growing reliance on externally funded academic posts – nearly half the respondents were externally funded. These create more postdoc positions, says the report, but by their nature they are fixed term and insecure. However, few postdocs move into industry.

‘Our universities naturally encourage people into academia,’ says Phillips, but PhDs need to be aware of other choices. ‘We need more contact with industry, and companies may have to think more about their recruitment processes.’ The report says this issue needs to be centre stage on European and national policy agendas.

Ines Günther-Leopold of Switzerland’s Paul Scherrer Institute, which took part in the study, says the institute is actively exploring how best to give researchers wider career choices, perhaps through more collaborative projects or secondments. But she points out that this will depend on research area: there are more likely to be opportunities for industrial approaches in energy related research, than in particle physics.

The report recommends managing the expectations of PhDs and postdocs. It also notes that those that organise education at the national level should assess how well PhDs and postdocs are prepared for lives outside of academia.