More than seven years after opening its doors the European Institute of Innovation and Technology (EIT) is not yet performing at the high levels envisioned by its founders, according to a new special report, which says significant changes are necessary if the institute is to reach its potential.

The report, issued by the European Court of Auditors (ECA), says that ‘the EIT’s complex operational framework and management problems have impeded its overall effectiveness’. It also identified several weaknesses in key ‘concepts and processes’ at the EIT that need to be addressed.

The EIT, based in Budapest with a budget of €2.7 billion (£2.1 billion) between 2008 – the year it was officially founded – through to 2020, was controversial from the very beginning. It was first proposed in 2005 as a European version of the Massachusetts Institute of Technology by former European commission president José Manuel Barroso. Criticised as being Barroso’s pet project, some high profile critics preferred increased spending for the European Research Council rather than creation of the EIT.

A decade later, Alex Brenninkmeijer, the member of the ECA responsible for the new report, says: ‘If the EIT wants to become the groundbreaking innovative institute it was originally conceived to be, significant legislative and operational adjustments are required to better foster the EU’s innovation potential.’ Brenninkmeijer adds that the EIT is ‘under-staffed’ and ‘has been poorly managed’, and ‘still has a mountain to climb’ to reach its potential.

The EIT’s initial response to the ECA report did not include any mention of the weaknesses outlined but instead trumpeted that it was achieving its innovation goal. EIT interim director Martin Kern preferred to focus on the positive elements of the ECA report, saying: ‘It is worth highlighting that the ECA’s report confirms that the EIT has been achieving its core goal of connecting business, education and research to boost innovation and entrepreneurship in Europe.’ 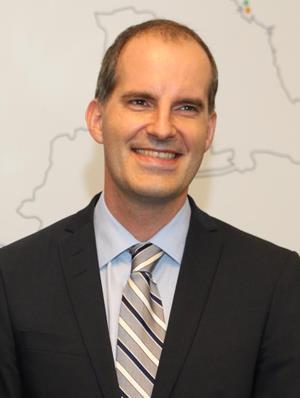 Martin Kern, the interim director of the EIT, says that the institute has already taken steps to address some shortcomings

Kern does acknowledge that the institute agrees with ‘the majority’ of the ECA recommendations. ‘Effective, swift implementation of these recommendations can make the EIT even more successful in creating growth and jobs for Europe,’ he says. However, he adds that the report focuses on 2010–2014 and that since then many of the recommendations had been identified. ‘The EIT has already taken important steps that have strengthened its effectiveness and we appreciate that this is recognised by the European Court of Auditors.’

Kern’s view is supported by Kurt Deketelaere, secretary-general of the Brussels-based League of European Research Universities (LERU). Deketelaere tells Chemistry World that while the ECA report ‘raises correct concerns’, most of them ‘have been tackled’. ‘So the ECA report is a bit outdated from the beginning I would say,’ he says.

Several of the weaknesses identified pertain to so-called knowledge and innovation communities (KIC), which are a key component of the EIT concept. The institute does not directly finance individual projects, but instead provides grants to the KICs, which are autonomous partnerships of existing businesses, research institutes and universities. The EIC thus far has created five KICs, with each focusing on a major societal challenge: climate change, energy efficiency, digital innovation, health and raw materials.

Weaknesses cited by the report centre on KICs including that the funding model is unnecessarily complicated, that they’re poorly suited to innovation and questions over their financial sustainability. ‘Seven years after its inception, the EIT is not yet fully operationally independent from the European commission,’ the report states. ‘This has hampered its decision-making. The EIT is not the impact-driven institute envisaged.’

The report proposes four broad recommendations for improving the performance of the EIT. These include revising the EIT’s funding model for KICs, extending grant agreement to more than a single year and greater autonomy for the institute.

‘The official public response of the EIT – and the European commission – is that they fully accept our conclusions,’ Brenninkmeijer says. He adds that he expects ‘the European parliament will endorse our recommendations’.

Lidia Borrell Damian, director for research and innovation at the European University Association in Brussels, says that there is ‘some very constructive criticism regarding the status and the governance structure of the EIT. We know from our work on collaborations between universities and the private sector that flexibility is extremely important, so some of the points regarding the framework could well be valid.’

Luc Soete, rector magnificus of Maastricht University in the Netherlands, co-authored a report in 2007 for the European parliament exploring the feasibility of the EIT. He says that some of the concerns voiced over a decade ago remain relevant today. ‘Indeed, for me the extreme decentralised structure chosen for the EIT with its KICs leads quite naturally to the sort of legal and management complexities the ECA is now pointing to, with KICs operating as legal entities and managed by a CEO,’ he says. ‘It leads itself to KICs developing in very large communities which lose focus and appear more subject to compromise than to radical alternatives.’

Despite the EIT’s slow start since 2008, support for the concept in Europe’s research and university communities appears to be solid. ‘LERU is supportive of the EIT–KIC concept, but has been a critical observer from the beginning,’ say says Deketelaere. ‘Underfunding and red tape have always been key concerns for us.’