The Indian pharma industry is engaged in a pitched battle with the drug price regulator that recently brought certain drugs under price control.

On 10 July, the National Pharmaceutical Pricing Authority (NPPA) issued an order bringing certain cardiovascular and diabetes drugs under price control, citing ‘extraordinary circumstances’ under paragraph 19 of the Drug Price Control Order, 2013. This law allows the government to control the price of any drug, if it is in the public interest. The government maintains the National List of Essential Medicines (NLEM), which details 348 essential drugs that have price caps. 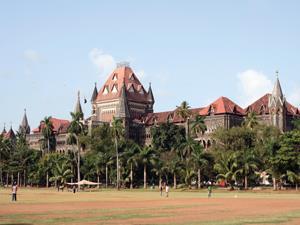 Bombay High Court has said that companies cannot be forced to comply with the price caps, at least until its next hearing

The NPPA claims the government is intervening because of huge price differences among branded generics, which it says is indicative of market failure. The body capped prices of 50 drugs – and a total of 108 formulations – including glimepiride and pioglitazone (which was the subject of a temporary ban over safety concerns last year).

Two professional associations of drug manufacturers, the Indian Pharmaceutical Alliance (IPA) and the Organisation of Pharmaceutical Producers of India (OPPI), have challenged the order in the Bombay and Delhi High Courts, respectively.

The IPA suit is based on two major grounds: the jurisdiction of the pricing regulator to determine ‘essentiality’ of medicines and erroneous interpretation of paragraph 19. ‘They cite inter-brand differences as reasons for the move. These are not extraordinary circumstances. They existed when the NLEM was prepared,’ says Dilip Shah, secretary general of the IPA.

Public health activists, on the other hand, support the measure and accuse industry of overreacting. ‘They are afraid that the NPPA will slowly cover more drugs,’ says Chinu Srinivasan, of Gujarat-based Low Cost Standard Therapeutics (Locost), a non-profit, small-scale pharmaceutical maker and public health advocacy group.

Locost has intervened in the Bombay High Court case involving the IPA on behalf of civil society. ‘We support the government’s move as it is in the public’s best interest,’ Srinivasan says. He is also hoping to intervene in the OPPI case in New Delhi. The intervention could potentially boost the government camp, as Srinivasan has long campaigned to make drugs affordable.

Chandra Gulhati, editor of the medical journal Monthly Index of Medical Specialities, India, says the industry’s claim that NPPA is misusing paragraph 19 is ‘fallacious’. ‘The very fact that prices of brands of the same drug are hugely different – anywhere from 25% to 1000% – shows that patients are being overcharged, often in connivance of prescribers who are wined and dined by the industry,’ Gulhati explains.

According to industry sources, the market for the newly-controlled drugs is worth around INR55 billion (£534 million), and industry would lose around INR6.4 billion annually as a result of the price caps. But Gulhati disagrees. ‘It is ridiculous to even think that industry will suffer losses,’ he says. ‘Some companies will, indeed, make less profit for a short period. But they can always increase the price by 10% annually as per policy.’

India is considered the diabetes capital of the world, with around 61 million patients. Prices of some of the drugs will drop by up to 40% for consumers. However, not everyone will benefit. ‘The price caps will only benefit  patients who are prescribed the most expensive brands,’ Gulhati says. ‘There is a danger that brands whose prices are far below the ceiling may gradually bring them nearer to “government-sanctioned” prices.’

In the Bombay High Court hearing in the case involving the IPA, the bench ruled that ‘no coercive steps’ should be taken against companies that do not comply with the NPPA order until 12 August, when the next hearing is scheduled. In the case involving the OPPI in Delhi High Court, the OPPI’s writ petition was admitted on 1 August. The next hearing will take place on 29 September.