Printed sensors kick up a stink

The signal comes to the user with smell tell paper 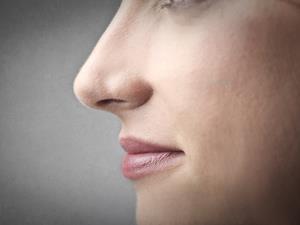 Methyl mercaptan is easily detectable by the human nose

Scientists in Canada have used an inkjet-printer to create sensors that give off a smell when a target biomolecule is present.1

Visual outputs, such as fluorescence and colour changes, are what indicate a positive reading in most sensors. Carlos Filipe and his team at McMaster University, however, have come up with a sensor where the output comes in the form of a smell. ‘People use the sense of smell in their everyday-lives but this fact has been largely under-explored for analytical purposes. A very convenient aspect of using smell is that a person or user does not have to be constantly looking at a read-out or a display to get a signal, the signal will come to the user.’

Filipe‘s team had previously made an adenosine triphosphate (ATP) sensor where the reporting system consisted of a pair of enzymes that catalyse S-methyl-L-cysteine into methyl mercaptan.2 Methyl mercaptan has a pungent smell that is easily detected by humans and is added to natural gas to alert people of a leak. When ATP – a regularly-used marker of drinking water contamination and food spoilage – is present, the catalysis is triggered and the user is alerted, even at small concentrations. 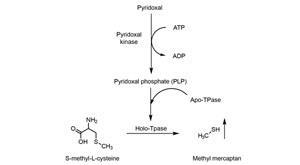 Now, the team have developed ‘smell-tell’ paper where their sensor system is immobilised and printed onto paper-strips that can then be formed into swabs. The inkjet-printed design has the added bonus of being scalable and inexpensive.

Biosensors expert Olivier Laczka, from the University of Technology, Sydney, Australia, says the study shows an original approach towards generating cheap and user-friendly biosensors. He goes on to add that ‘the detection is, however, dependent on the end-user’s sensitivity to smell and potential existing smells within the sample might compromise the detectability of the target.’

Filipe highlights that the smell was still apparent in initial tests involving orange punch and that even though interference from other smells could hinder detection, the team envisage that their smell-based tests would be used somewhere like a kitchen, rather than a wastewater treatment plant.