Rapid deployment of plastics-to-oil could add $9 billion to America’s economy and 40,000 jobs 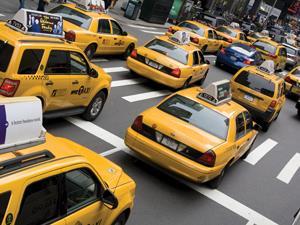 Pyrolysis of waste plastics could produce millions of litres of fuel

Wider deployment of pyrolysis, where non-recycled plastics are heated in the absence of oxygen to convert them into valuable fuels and feedstocks, would not only reduce the amount of waste sent to landfills but also generate billions of dollars, according to a new analysis by the American Chemistry Council (ACC). The trade group concluded that rapid development of pyrolysis technology, more commonly known as plastics-to-oil, could contribute $9 billion (£5.6 billion) to the US economy and spawn more than 40,000 domestic jobs.

Two industry leaders in this area are RES Polyflow, based in Ohio, and Cynar, based in London. The technology developed by RES Polyflow takes mixed polymers, without significant sorting or cleaning, and converts them in an oxygen-starved environment to a liquid hydrocarbon, which is then upgraded into ultra low sulfur diesel and naphtha blendstocks, as well as heavy fuel oil. The company has a plant in central Ohio that will be operational in the first quarter of 2016.

‘We are taking a waste stream that is in abundance and readily available in every large city, and turning it into a finished product with a lot of demand, instead of it just going into a landfill,’ says Jay Schabel, the company’s CEO.

When operating at full capacity each unit handles 60 tonnes of polymer per day, which equates to 1.4 million litres per year of transportation fuel. The technology can be simply scaled up by adding on units. ‘In an area the size of Cleveland, Ohio, you could easily have eight of these units operating, taking 20% of the waste polymers,’ says Schabel.

Meanwhile, Cynar’s technology pre-processes unrecyclable plastics, shreds them and loads them into the main pyrolysis chamber. There the plastic is turned into vapours that are converted into lite oil and raw diesel that is further refined to produce diesel, kerosene and more lite oil.

The company’s first demonstration plant was built in Ireland in 2008 with a 10 tonne per day capacity, while Cynar’s commercial plants can handle 20 tonnes per day of waste plastic feedstock. Cynar has almost completed a plant in Almeria, Spain, and has also just started work on a plant in Seville, Spain. In addition, Cynar signed a contract last year with Plastic Energy America SL, to develop more plants in Florida, as well as Central and South America.

Cynar is gearing up for the increase in orders that it has received. The company estimates that the number of people it employs has roughly doubled in the last year. ‘The next few years are going to be busy,’ says Cynar’s environmental policy manager, Laura Deeks. ‘The technology is working, we have seen it work. It’s ready to hit the market now.’

Correction: The story was updated on 15 October 2014 as Cynar’s Bristol plant has been transferred to a client which now runs the facility. Cynar has almost completed a plant in Almeria, Spain and has also begun work on another plant in Seville, Spain.