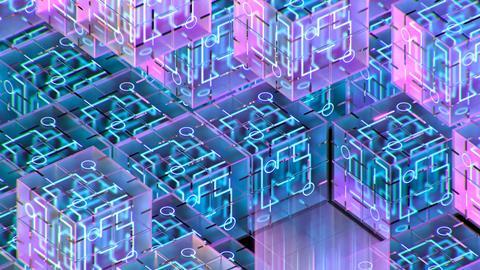 ‘I really want to see the moment when a cold molecule simulates a molecule,’ said Harvard University theoretical chemist Alán Aspuru-Guzik in a talk at the American Chemical Society meeting in New Orleans. Now that researchers have created the first molecules that could work as qubits – quantum-computing analogues of bits – this moment might not be far off.

‘The world seems very classical, but the fundamental rules are quantum mechanical,’ says Duke University engineer and chemist Kenneth Brown. To understand how drugs bind to enzymes or how catalysts do chemical transformations, scientists need to simulate their quantum behaviour. Quantum computers can take on this task without the mathematical shortcuts and approximations needed in classical computing, but there’s a hitch. Building a quantum computer is hard.

The elementary unit of information in a quantum computer, the qubit, is a quantum object that can exist in a state called superposition. ‘What makes a qubit special is that it exists not in the up or down state [of a classical bit], but in the combination of every possible up and down state,’ explains Danna Freedman, a quantum information chemist from Northwestern University, US.

Current efforts to build qubits still rely on conventional computer technology. Freedman and her team are making qubits out of organometallic molecules. She envisions extended networks of such molecules – for example in the form of metal–organic frameworks – could eventually drive quantum computers.

Freedman’s qubit molecules of choice are vanadium(IV) complexes. The transition metal’s unpaired electron is the information-carrying unit. The rest of the molecule simply tries to be as quiet – in quantum terms – as possible. ‘We’re trying to eliminate sources of decoherence, that is the things that collapse the superposition state,’ explains Freedman. 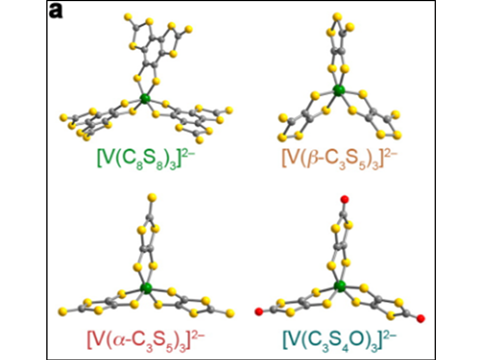 Keeping qubits in superposition long enough to make them perform logic functions isn’t easy though. ‘You need something that you can talk to but also that doesn’t talk to the environment – that’s the hard part,’ explains Brown. IBM’s 20-qubit processor is kept at ultra-low temperatures to avoid thermal movement that destroy the superconducting circuits’ fragile superposition.

In molecular qubits, nuclear spin is the source of decoherence trouble. ‘Nuclear spin is like a tiny bar magnet. It flip-flops against the electron spin and they erase each other’s information,’ says Freedman. Her team therefore surrounds the vanadium centre with low nuclear spin atoms such as sulfur, carbon or oxygen.

However, no qubit on its own will ever simulate large molecules with many interacting atoms. For this, a processor needs to be made up of an array of qubits that work together as one system. ‘Danna has done a great job showing that she can really improve the properties of single qubits,’ says Brown. ‘For me, the thing to show whether or not it works long-term, is when she goes and puts two qubits together.’

‘That’s a big challenge, but one that I think coordination chemistry is well suited to,’ says Freedman. ‘We understand how to turn on and off coupling; we understand how to create chemical bridges from one atom to another.’ One way to realise these interacting qubit arrays, suggests Freedman, would be as metal–organic frameworks.

But first, Freedman and her team want to change the way they set up and read out their qubits. Instead of using magnetic or microwave pulses, she hopes to create molecules that use optical frequencies as input and output signals.

As to when quantum computers will first solve a single problem that a classical computer struggles with, Freedman thinks it will be very soon. ‘But there is a big step between [this] and a robust, truly universal quantum computer,’ she cautions. ‘It might be decades.’

Nevertheless, Aspuru-Guzik said that people should be ‘very excited’. He thinks that in as little as 20 years, quantum computers will be able to simulate the first small molecules.